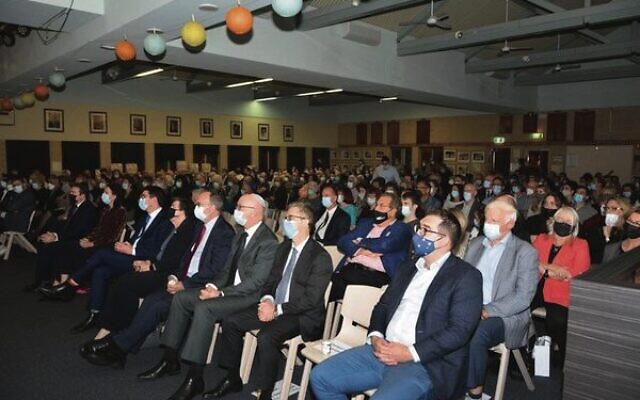 The Perth Jewish community came out in force to commemorate Yom Hashoah at Carmel School.

THERE was a large turnout at Carmel School as the Perth Jewish community commemorated Yom Hashoah.

The event was organised by WE ARE HERE! Foundation, which was founded by Eli Rabinowitz. He said it was “well attended by the Perth Jewish community, a dwindling number of survivors, and supported by the wider community”.

Attendees were welcomed by Geoff Midalia, head of the WA JCC, followed by Rabbi Shalom who sang Kel Male Rachamim. The Mourners’ Kaddish was recited by Larry Ellert, son of the late Heiny Ellert, a Lithuanian Holocaust survivor, and then a minute of silence was observed.