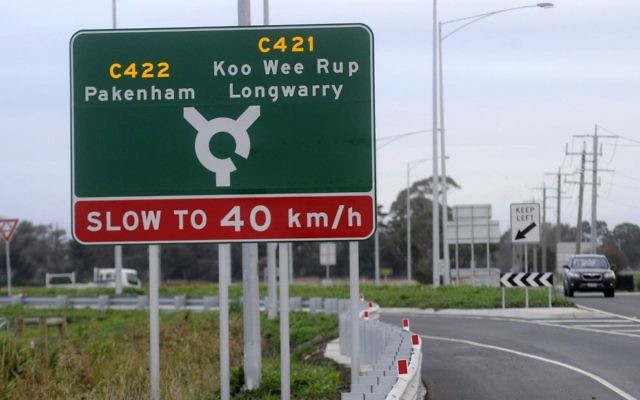 Pakenham, outside of Melbourne, is being considered for a new Jewish community.

WITH soaring housing prices proving prohibitive for families in and around Caulfield, plans have been put forward for the establishment of a new Jewish community outside of Melbourne, with Pakenham emerging as a popular choice among those interested in the scheme.

The initiative, launched by Beis Chabad Ohel Devorah, came under the spotlight at a meeting on Monday night, attended by around 100 people, mainly members of Chabad and Adass Israel.

Noting that “We cannot return the housing prices in Caulfield and East St Kilda to where they were in the ’80s and ’90s”, the information booklet distributed at the event stated, “the aim is to establish a new Jewish community locale with affordable housing by creating a Jewish Land Subdivision, which has never been done in Australia before.”

The new community of around 170 houses would include property blocks costing under $600,000, shuls, a mikvah, a kindergarten, a preschool and at least one kosher store.

Suburbs under consideration include Pakenham, Berwick and Clyde, with the former proving most popular among those polled at the meeting.

Addressing the crowd, Mottel Feiglin who is heading the New Jewish Residential Development (NJRD) committee said he and Rabbi Stephen Boroda had begun investigating the possibility of establishing a community in Melton a couple of years ago. However, they’d been put off by the prospect of “terrible” traffic and a crime rate “worse than any other”.

Turning to the south-eastern corridor neighbourhoods, Feiglin revealed, “In all of these areas, contacts of mine have got properties, and we are in negotiations in various stages with different people.”

“But we’re not going to go to the next stage until we see that there are enough people who are interested, because nobody is going to want to go to a Kehillah where there is only going to be 10 families … It doesn’t work. We tried in Frankston. We tried here and there, and it doesn’t work”.

While he noted that there had been “enormous interest from the Adass kehillah … and the young Lubavitch kehillah”, Feiglin stressed he’s hoping for a more integrated community.

“It should be a merging kehillah, because we’re all Yidden. And that would be a nice thing, to see if it resulted from this project,” he said.

Member for Melbourne Ports Michael Danby, who is a member of the committee, called the project a “fantastic idea,” pledging, “I will do everything I can to add my credibility to this program.”

Polling the packed room, Feiglin presented the option of a house in the slightly closer suburb of Berwick for $700,000, as opposed to a house for $600,00 at Pakenham, “a further 10 minutes” away. The overwhelming majority backed Pakenham.

Registration of Interest forms were distributed among the audience. For the project to proceed to the next stage, around 100 submissions will need to be returned.

“We will help any Yiddishe people that want to go there”, Feiglin concluded.