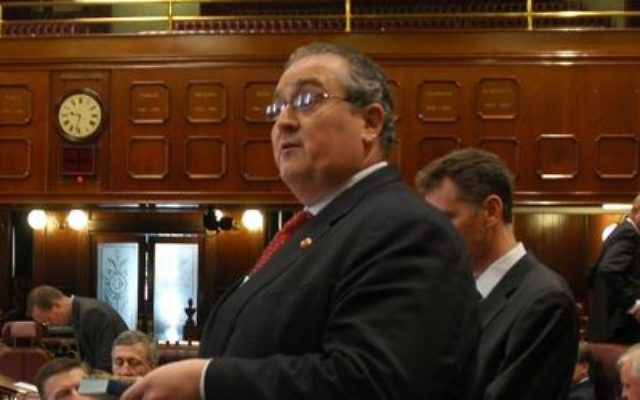 NEWLY appointed Member of Legislative Council Walt Secord has wasted no time demonstrating his support for Israel. Secord has called on NSW Police Minister Michael Gallacher to provide assurances for the protection of businesses with Israeli links in light of recent Boycotts, Divestment and Sanctions (BDS) protests.

Secord, a former AJN journalist, asked a series of formal questions on Monday, including what measures the government was taking to protect businesses and patrons affected by actions, such as the demonstration outside the Max Brenner chocolate shop on June 11.

He also asked about the status of two arrests made on that evening and if the Government had plans to respond to similar incidents.“With the BDS gaining support, the NSW Government and the Police Minister must ensure that companies with an Israeli connection are protected and are not unfairly targeted,” Secord said. “BDS is part of a worldwide attempt to isolate Israel, to boycott Israeli products, creativity, programs and culture. It has reached Australia and that is of concern. I vehemently oppose the BDS campaign.”

Secord said that the government must protect members of the community from harm during protests. “The NSW Government has a responsibility to protect staff and people who are drinking coffee or hot chocolate on a weekend morning in a cafe from violent protestors,” he said.

Secord also encouraged people who support Israel to visit a Max Brenner outlet and make a purchase “as an act of solidarity and defiance against the BDS”.

He also served as chief of staff to former NSW premier Kristina Keneally and worked for Kevin Rudd during his time as opposition leader.

Under the Parliament’s standing orders, the police minister has until July 25 to lodge a formal response to Secord’s questions in the Legislative Council.