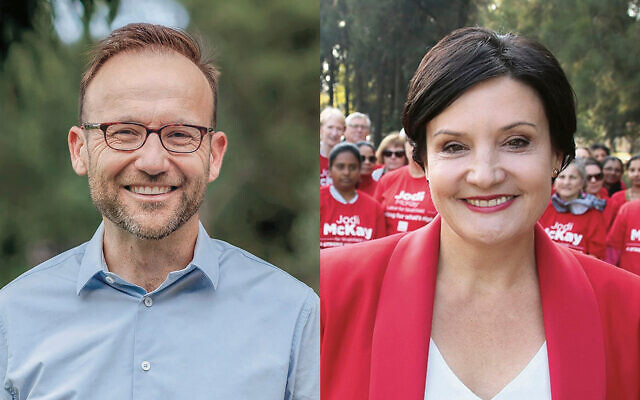 POLITICIANS from both major parties have supported Israel’s right to protect its citizens amid the ongoing rocket attacks from Gaza, but the Greens and NSW Labor leader Jodi McKay have come under fire over one-sided statements about the violence.

Prime Minister Scott Morrison declared last week, “Israel unquestionably has the right to defend itself and its people, unquestionably.”

His comments came after Foreign Minister Marise Payne stated, “Violence is no solution. Rocket attacks and indiscriminate acts that fuel the cycle of violence and bloodshed are never justified.”

Posted by The Australian Jewish News on Saturday, May 15, 2021

Addressing the United Nations Security Council on Sunday, Australia’s ambassador to the UN Mitch Fifield called for “immediate steps to halt the violence and exercise restraint”, adding, “Australia condemns the relentless and indiscriminate firing of rockets into Israel by Hamas.”

Noting Israel has a “clear legal and moral right to defend itself”, Wentworth MP and former ambassador to Israel Dave Sharma said, “Trying to ascribe some sort of moral equivalence between the actions of Israel and Hamas, which is implied in the frequent formulation urging ‘restraint on both sides’, is at once naive and preposterous.”

Meanwhile, shadow minister for foreign affairs Penny Wong stressed there was “no justification for rocket attacks against civilians”, adding, “The incitement of hate, escalation of violence, destruction and loss of lives are tragic and unacceptable.”

In a speech to Parliament last week, Macnamara MP Josh Burns observed, “If rockets were being fired at Melbourne, Sydney or Canberra, there is no doubt the Australian Defence Force would be responding in the same way.”

However, NSW Opposition Leader McKay was blasted for tweeting a one-sided statement with no mention of the thousands of rockets directed at Israel by Palestinian militants.

“Thinking of the Palestinian community on the eve of Eid. I know they’re worried about friends and family in Jerusalem and Gaza. Attacks on the innocent and on places of worship are unacceptable,” she said.

Describing the tweet as “appalling”, Zionist Federation of Australia director of public affairs Bren Carlill said, “It didn’t reflect the balanced statement by federal Labor, or the views of individual Labor members who haven’t lost sight of the fact that Israelis are also in fear of their lives.”

Statement from NSW Opposition Leader Jodi McKay. Not a single mention of the 1000+ rocket attacks by Palestinian militants in Gaza aimed at Israeli civilians.This is not OK!#StandWithIsrael

Posted by The Australian Jewish News on Wednesday, May 12, 2021

The Greens were also slammed for their biased statements.

“This is not a conflict between equals. It is the continuation of oppression, an occupation that makes it impossible for Palestinians or Israelis to ever live in peace and security,” Greens leader Adam Bandt tweeted.

An official party statement, meanwhile, said, “The Greens oppose any violence, whether that be airstrikes or rockets,” but also stressed, “The latest outbreak in violence stems from the Israeli government’s unlawful and unjust occupation of Palestine,” and, “This cycle of violence will not end … until the occupation ends.”

Carlill asked The AJN, “Do the Greens not realise that Israel left Gaza 16 years ago, and the rockets followed them? By ignoring Hamas statements about its end goals, and instead imposing their own reasons for Hamas’s actions, the Greens reveal a cultural imperialism that those on the far left are supposed to reject. It is shameful.”

He added, “With the rocket onslaught in Israel and the media onslaught everywhere else, we are grateful and relieved for the unequivocal support for Israel’s right to defend itself by so many state and federal politicians from both sides of the aisle – not least from the Prime Minister himself.”

Meanwhile, Victoria’s Liberal Opposition Leader Michael O’Brien called on the government to support the introduction of the following motion in Parliament, “The Legislative Assembly/Council and the people of Victoria express their deepest condolences for and support of the people of Israel during this difficult and challenging time.”

Condemning the actions of Hamas, acting Victorian Premier James Merlino told The AJN on Thursday, “Israel has a right to defend itself – and keep its people safe against the thousands of rockets that are blackening its skies.”

Merlino, whose statement will be read out at an Israel rally in Melbourne this Sunday, added, “I join with communities in Melbourne – and across the world – when I say we desperately hope for an end to this horrific violence immediately, and so deeply wish for an enduring peace built with mutual tolerance and respect.”