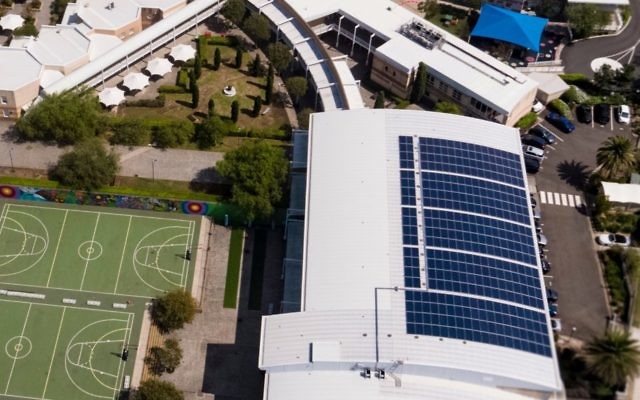 THE atmosphere was electric at Moriah College on May 18, when the school’s new 344-panel rooftop solar power system – officially the biggest in Waverley – was launched at a full school assembly by Coogee MP Bruce Notley-Smith, and later turned on.

The system, made possible with the help of the Solar My School Program, a $17,000 NSW Government grant and input from project teams at Waverley, Woollahra and Randwick councils, will reduce the school’s annual carbon emissions by 116 tonnes and reduce energy bills by 11 per cent, saving approximately $24,000 per year.

Coogee MP Bruce Notley-Smith said “congratulations Moriah on taking this important step in being part of a solar power revolution that’s starting to take hold in this country”.

“This solar energy system that you now have is the largest one in Waverley, and the second largest in the eastern suburbs, so that’s a big tick for your school.”

Moriah College’s co-ordinator of sustainable practice, Nicole Lewis told The AJN “there was a real buzz among the students and staff during the construction phase, when they could see a huge crane hoisting the panels up to the roof, and get a real understanding of the size of this system”.

“They were highly invested and enthusiastic in the project from the outset, when a group of senior students became inspired about solar energy after attending an Australian youth summit, and then hundreds of students signed a document supporting the project.

“This is only a first step, but Moriah College is now on the way to eventually becoming a 100 per cent solar-powered school.”

Students and staff helped to make a promotional video about the system, and live data being processed by it – relating to energy output, energy use and power savings – can be accessed and put to use by teachers and students in the classroom.

Emanuel School has also recently installed a large solar rooftop system as part of the Solar My School Program, and will officially launch it within months. 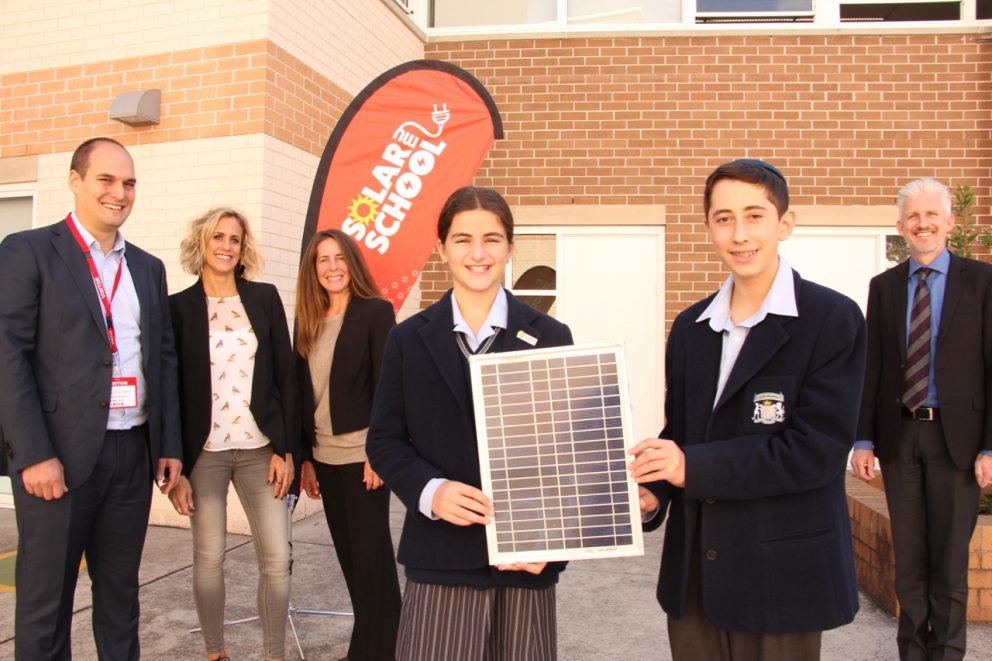