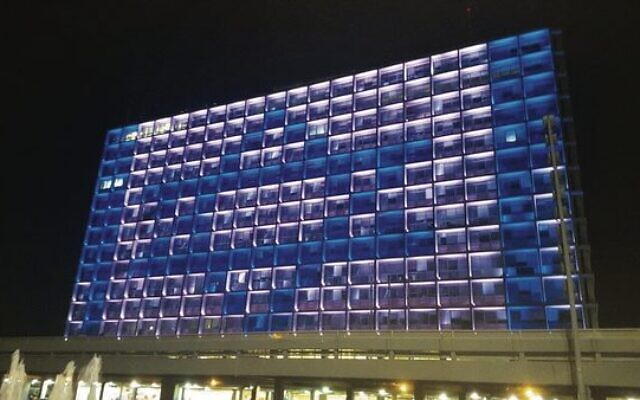 EMERGING from a year of COVID restrictions and believing the pandemic was behind us, Yom Ha’atzmaut last year was a real cause for communal celebration. After keeping our distance during the past 12 months, we could finally come together en masse with friends, family and fellow community members to enjoy the Jewish state’s 73rd anniversary.

The naches though was short lived. Just two weeks after the birthday bash, we looked on in horror as 45 worshippers were crushed to death and around 150 injured during the traditional Lag b’Omer pilgrimage to Mount Meron.

It was the worst civilian disaster in Israel’s history. But the nation hadn’t even finished sitting shiva before the scene was set for a fresh military conflict, with tensions flaring in Jerusalem over Sheikh Jarrah and the Temple Mount. Rioting and bloodshed throughout the country was overshadowed only by the bombardment of rockets raining down from Gaza.

The IDF’s response, targeting the terrorists behind the deadly onslaught, led to the all-too predictable attacks on Israel on these shores and a concomitant spike in antisemitism. Jewish students felt the heat on campus, while various politicians and pundits condemned Israel, echoing the poisonous propaganda of the pro-Palestinian protesters who thronged through the streets of the CBDs.

Our Israel solidarity rallies, by contrast, mourned the innocent victims on both sides and drove home a message of peace. The gatherings heard from senior politicians from both major parties endorsing the Jewish state’s right to defend itself against those intent on its destruction.

Hostilities eventually drew to a close and just two weeks later Israel woke to a new dawn with a broad coalition forming a post-Netanyahu government stretching from left to right, and including, for the first time in history, an Islamist Arab party.

Back home in Australia however, things were not so bright as Melbourne and Sydney were plunged back into lockdown. Undaunted, our team here at Zionism Victoria, like other communal organisations, rose to the challenge, serving up a range of online events addressing everything from the Olympics to the Ben & Jerry’s boycott, and all manner of topics, from culture to cuisine, in between.

And so to today. With the shadow of COVID hopefully passing, we come together as a community once again to mark Israel’s birthday. But while we pray that the celebratory spirit lasts a little longer than last year, we recognise that both the Jewish state and the Jewish community here in Australia face considerable challenges.

As we head towards Israel’s 75th anniversary, the BDS movement’s successful targeting of the Sydney Festival in January sounds alarm bells. No doubt bolstered by their unprecedented achievements, they will seek to strike elsewhere.

The recent Amnesty Report, meanwhile, branding Israel an apartheid regime fans the flames of enmity among those who wilfully oppose the existence of the Jewish state and those beguiled by the report’s mistruths and misconceptions. And then there are individuals and groups within our own ranks who down Israel at every opportunity, even so far as opposing the adoption of the IHRA working definition of antisemitism, and in so doing undermine the united front required to preserve and promote our communal identity as proud Jews and proud Zionists.

Instilling that sense of pride in our youth, advocating for the community and for Israel, especially when the country is under fire both literally and figuratively – and reminding ourselves and our fellow Australians of all that has been achieved in just 74 years – the miracle of the modern state – that is our mission here at Zionism Victoria, a mission no doubt shared by all our communal roof bodies and mainstream communal organisations.

Yes, there is still a way for Israel to go. There are inequalities in society that need addressing, political schisms that challenge government stability, tensions between Charedi and less religious members of the population, and, of course, there is that all-too elusive peace with the Palestinians. But, and it’s a big but, diplomatic breakthroughs with erstwhile enemies and an Arab party in Israel’s governing coalition prove that progress is not elusive.

And so, this Yom Ha’atzmaut we pray for a peaceful year ahead and, indeed, the realisation of an enduring peace that once and for all will finally confine the Arab–Israeli conflict to the pages of history.

With those hopes and prayers in mind, we urge you to show your support for Israel at next week’s Yom Hazikaron and Yom Ha’atzmaut events in your respective states – mourning the fallen, celebrating its accomplishments and rejoicing in the possibilities of what is still to be achieved.

Yom Hazikaron commemoration is at 7pm on Tuesday, May 3 at Robert Blackwood Hall, Monash Clayton. Register.

Yom Ha’atzmaut community festival is from 4pm on Thursday, May 5 at
Caulfield Racecourse. Register.