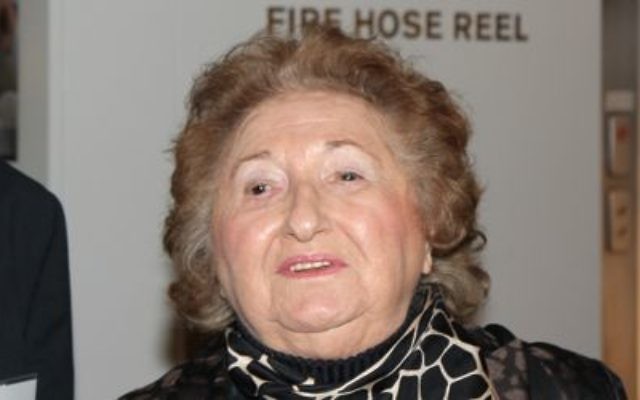 In her honour, TAU named its biggest building project yet – an affordable housing tower complex – the Millie Phillips Student City.

This example of generosity from Down Under was not lost on the university’s president, Professor Joseph Klafter, who told The AJN while visiting Sydney and Melbourne last week, the university is “so appreciative” of its support by Australian Jewry.

“While the Israeli government does give us funding for basic infrastructure and services, all the developments on campuses in Israel are due to philanthropic activity,” Klafter said.

“So donations like this [by Phillips] really are the oxygen that is needed for the whole system to develop and thrive.”

“We have an active partnership with Monash University, creating an annual fund five years ago to support researchers from both institutions to connect,” he said.

“Grants for joint Monash-TAU research projects area awarded in a kind of competition, which acts as an incentive.

“I was at Monash University on February 20 to watch four teams speak abotu the imapct of their collaborative resaerch.

“What I found most interesting was a project looking at the role stress during surgery to remove cancer cells may play in proliferation of cancer cells to other parts of the body – this was something new.”

As guest speaker at an Australian-Israel Chamber of Commerce luncheon at KPMG’s head office in Sydney, Klafter said for the last three years TAU has been ranked ninth in the world for success of graduates in establishing start-ups, and is the only non-US university in the top 10.

“How do we do that? By adopting an interdisciplinary approach, and recognising that often the best ideas are the really disruptive, crazy ones that take some courage to follow up on with research – and we really encourage that.”