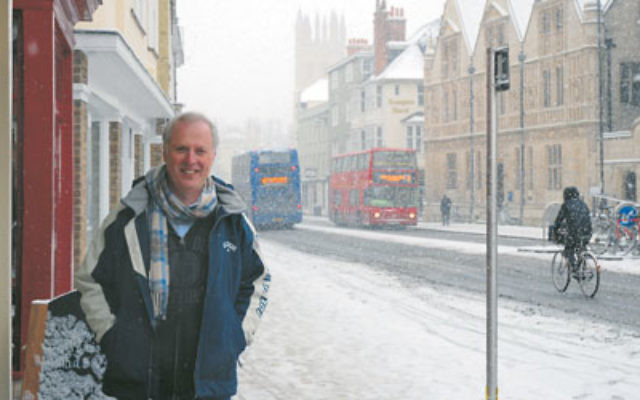 WHEN Monash University Professor David Abramson was gripped with the idea to write a play about the quirks and peculiarities of academic life, he knew he had to tread a fine line between authenticity – which he aimed for – and creating characters with whom real-life colleagues could identify – which he fervently sought to avoid doing.

Purely Academic, his first play, was staged at Oxford University in Britain on January 17, thanks to an Oxford-based colleague with a stage production background, who saw the script and liked it.

Its spotlight on professional conduct and standards, personal relationships between teaching staff, appropriate relationships with students, plagiarism, and the hurdles of modern assessment procedures, are universal, and Abramson said his aim has been to treat his subject matter head on.

“It’s serious but I have tried to put some humour in it. I guess those who watch it will decide if that works well,” he told The AJN before flying to the UK to be in the audience of his play.

Abramson, a professor of computer science at Monash’s Faculty of Information Technology, and a congregant at Blake Street Synagogue in Caulfield, found that penning Purely Academic was cathartic – “30 years of academic observations crammed into a one-and-a-half-hour play” and maddening.

“I got into this whirlwind and couldn’t put it down,” he recalls. “I’d go for a walk at night and would be thinking what I could do with this or that character.”

He began writing during the last Australian summer and, after several revisions, completed the script a few weeks ago, before sending it to a number of colleagues for their feedback.

“The first advice I got was ‘don’t give up your day job,’” he quips.

Abramson also wanted to know from others in his profession whether he had unwittingly written a character with which a colleague would be able to identify.

“I want to stress it’s a fictitious play, but a number of people think they have recognised different individuals. Whether they recognise themselves is up to them, but nobody’s volunteered that,” he says.

Oxford anthropologist Dimitrina Spencer, an amateur stage director who Abramson has worked with in his university research, was keen to stage the play as part of a workshop she is running on how science academics collaborate.

After its Oxford premiere, Spencer is considering taking the play around Britain, and Abramson hopes to stage it in Australia.

PHOTO of academic and playwright Professor David Abramson in Britain.