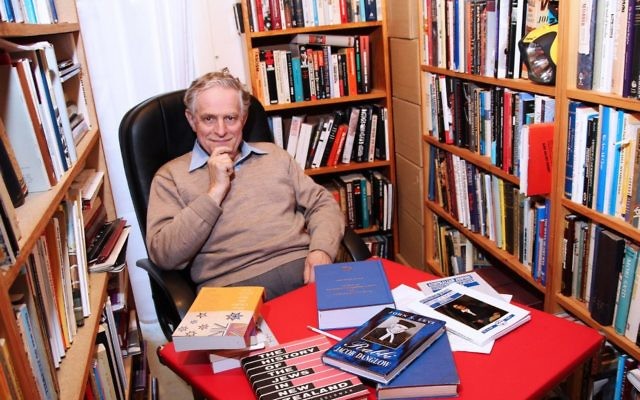 Liberman, 75, who passed away on December 22 after a battle with motor-neurone disease, was a prolific author and editor.

His six collections of short stories – from On Firmer Shores in 1981 to Where I Stand in 2008 – portrayed Jewish life in Australia, particularly the angst and hopes of post-Holocaust arrivals.

His final project, The Storyteller – a selection of nearly 30 of his finest stories – is set to be published shortly.

Liberman, whose work was recognised with an OAM, was a multiple winner of the prestigious Alan Marshall Award, and involved himself strongly in the Jewish community, editing the English-Yiddish publication The Melbourne Chronicle and as literary editor of The AJN from 1987 to 1998.

At various times, he was literary editor of Australian Association of Jewish Studies publication Menorah and co-editor of The Australian Jewish Historical Society Journal.

In the broader community, he was an associate editor of the multicultural journal Outrider and a vice-president of PEN International.

Born in Uzbekistan in 1942 to Polish refugees, Liberman spent his early childhood in a displaced persons’ camp in Germany and in Paris, before arriving in Australia with his parents in 1951.

Studying medicine at the University of Melbourne, he later practised in Australian and Israeli hospitals, before establishing himself in Melbourne as a general practitioner.

Delivering a eulogy at Lyndhurst cemetery, longtime friend and colleague Alex Skovron described Liberman as “kind, courteous, softly-spoken … a thoughtful, loyal and generous friend” with a dark sense of humour.

Skovron reflected: “I was always struck, when reading Serge Liberman’s stories, by his passion and seriousness of purpose, his essential humanity, his love of language, and his powerful sense of the interlocking of destinies.

“Then there was that kaleidoscopic procession of colourful characters who inhabited his narratives.

His fiction is distinctive for its vivid, highly-charged prose, its ethical and often metaphysical intensity, and, above all, for its myriad protagonists drawn with uncanny precision, compassion, and an astute understanding of the complexities and vicissitudes, the highlights and shadows, of the human spirit.”

Liberman is survived by his wife Anna, his first wife Eva, three children, a number of stepchildren, and grandchildren.