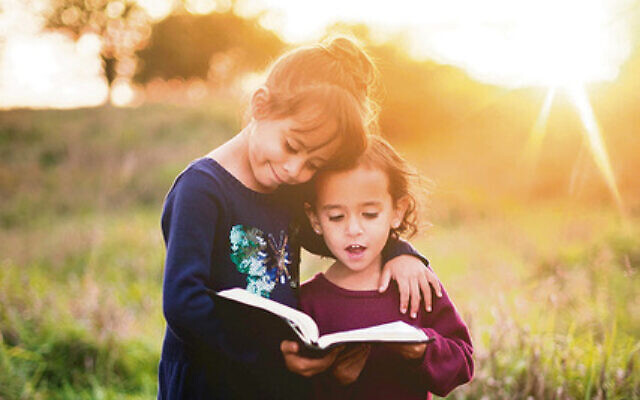 FEMINISM is used by some as an insult, where girls and young women in particular, are intimidated with fears of being typecast as a “feminazi”, ice maiden, man-hater, aggressive and other negative stereotypes.

So what is feminism? It’s about gender equity. It is never about men against women. A human rights’ issue, it is where men and women should have equal opportunity and choice. History shows how hard it is to achieve this, when the courageous women of the suffragette movement fought and died for the right to vote.

With the second rise of feminism (1960s-70s), groundbreaking pioneers of feminism, identified as Betty Friedan and Gloria Steinem, were vilified as leaders of the “Jewish conspiracy” destroying family.

They spearheaded the battle for equality of sexual rights, pay, education, and protection of women and children against violence.

Steinem said, “The story of women’s struggle for equality belongs to no single feminist nor to any one organisation but to the collective efforts of all who care about human rights.”

The feminist movement is re-emerging through the #MeToo movement.

“#MeToo has no colour, religion, gender, or socioeconomic status. Above all, it’s about helping survivors heal,” said its founder Tarana Burke. As part of this movement, high-profile sex offenders Harvey Weinstein and Bill Cosby have been convicted.

White Ribbon Australia gives alarming statistics on sexual and domestic violence, which is overwhelmingly against women and children. On average, one woman a week is murdered by her current or former partner.

The recent horrific and heartbreaking murders of Hannah Clarke and her three young children by her violent husband expose the reality of domestic violence. Australian police deal with domestic violence every two minutes.

Disturbingly, White Ribbon statistics show that young people exposed to domestic violence, child abuse, harassment and family violence, face social and mental health damage. One in five students are sexually harassed at university. One in four young people think it is normal for boys to pressure girls into sex.

Emma Watson, Harry Potter actress and United Nations Women Goodwill Ambassador used the wisdom of the Talmudic teacher Rabbi Hillel in a powerful speech on feminism at the United Nations Headquarters in New York to launch the HeForShe campaign aimed at galvanising a worldwide movement of men and boys to advocate for an end to global gender inequality.

She encouraged men to take up this mantle for their sisters, mothers and daughters so that they are free from prejudice – but also so their sons have permission to be vulnerable and human, too.

Initially Watson was afraid to declare herself a feminist, due to attacks feminists face. However she overcame her fears, to call on men, as well as women to stand up for feminism.

What is the next step, especially for girls, boys and young adults? For feminism to have resonance, it is critical that young people engage with it in a way that is inclusive, promoting, dialogue and empathy. Providing facts and information is interesting but often it does not engage emotionally and is disregarded.

When a story is not didactic, it connects young people with ideas, choices and creating powerful learning experiences.

Stories are central to human cognition and communication. When we empathise with characters and their journeys, we walk in their shoes.

Feminism is no longer just a term. It becomes part of the values that are integral to personality.
It empowers young people to make their own decisions about feminism.

I seek to write those stories. When the National Museum of Australia asked me to write a story for children between the ages of seven and 10 on the second rise of feminism, I accepted the challenge with enormous excitement. That was until I had to unpack what it meant. This was the time of the first test tube baby, contraception, the first women’s refuges, “burn the bra”, Germaine Greer’s The Female Eunuch.

I was writing for seven to 10-year-olds. These were not topics I could introduce. It took me a long time to get to the core of feminism. It was about the right of women to have education, equal pay, to not be slotted into predetermined roles. It would be empowering girls to be leaders of change for gender equity.

I wrote Daisy Sunshine inspired by my lived experience in an old private hotel. There is the joy of friendship, family and community, underpinned by the great issues of feminism: equal pay, domestic violence, activism, right to education.

An even greater issue is reaching young women as they face the challenges of search for identity, love, meaning, within cultural and societal expectations. I did not have the age-appropriate restrictions of Daisy Sunshine, so my two-year journey writing Shadows of Olive Trees lays bare feminism, giving voice to women.

The United Nations declared the first International Women’s Day, 8th March 1975 in recognition of human rights of women and children. We can march too.