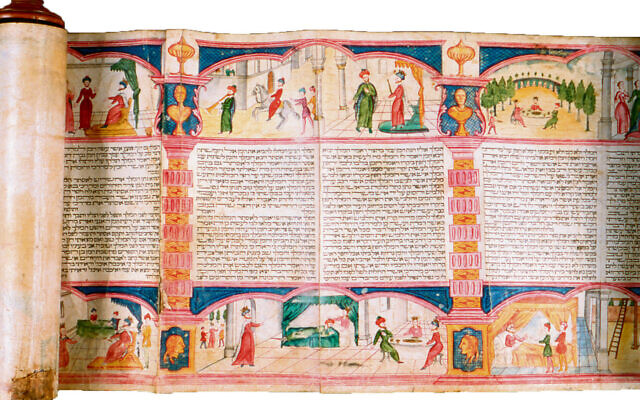 Nothing in Judaism is simple. When it comes to almost any aspect of observance, theme is piled upon theme. Long ago the rabbis compared Torah to a “pardes – an orchard” in which one comes and picks the fruit according to one’s desire. Those who sought depth in Torah illustrated their point by identifying additional depth in the very word “pardes” itself. They suggested that the four letters of that Hebrew word – p’, r’, d’ and s’ – stood for four modes of interpretation of Torah, namely “p’shat” (plain meaning), “remez” (that which is hinted at), “d’rash” (further extrapolation and interpretation) and “sod” (mystical or kabbalistic secrets).

Yet this is only the beginning. After all, “Yesh shiv’im panim laTorah – there are 70 faces to each aspect of Torah.”

Purim may be a rabbinic ordinance rather than one of the original 613 commandments, but it is no different in regard to the multiplicity of its intrinsic themes.

At its most basic level, Purim celebrates triumph over an adversary; the continuity of the persecuted nation dispersed among the nations despite repeated attempts to destroy it. No wonder its celebration has struck such a chord – including among those further from, rather than nearer to, many aspects of observance. But there is much more to the story.

Throughout the narrative the theme is indeed “expect the unexpected”. In a convoluted plot little details come back to haunt those who might have overlooked their potential. In the spirit of “venahapoch hu – all is turned upside down”, outcomes are often the direct opposite of what was anticipated. The intended victim emerges victorious. Haman meets his end through the very noose he designed for Mordechai. The very people criticised for laxity in observance – those who ate of the table of Achashverosh – come out of the episode in the spirit of “kimu vekiblu, a re-acceptance and reaffirmation” of that Torah which the Jewish nation had previously received.

A good Purim seudah exercise might include discussion of how many such contrasts can be found.

But, beyond the original narrative, further themes have come to the fore over the ages.

For there was not just one Purim. The Encyclopaedia Judaica lists an unbelievable number of local Purims adopted by communities (and even individual families) throughout the last two millennia to celebrate the day of their own or their ancestors’ deliverance from a particular threat or crisis. And while such incidents generally refer to threats of physical annihilation, the other emergent theme is the issue of spiritual steadfastness in the face of threats of assimilation – whether brought about by cruel decree requiring Jews to bow to the beliefs and vanity of others, or by facilitation of assimilation through an invitation to join the rest of the world “in having enjoyment from the table of Achashverosh”.

I conclude with another short thought for consideration at the Purim seudah.

While the Megillah generally eschews direct use of God’s name, there are various indirect references. A particular significant example is the fifth verse of chapter five, where Esther requests: “Yavo hamelech v’Haman hayom – the king and Haman should come today” to the feast she had arranged. The first letters of the Hebrew words cited have as their initial letters the letters that comprise the ineffable name of God – Esther sought God’s participation in the events she was orchestrating to bring about Haman’s downfall and an end to the dire threat hovering over the Jewish nation.

But another example is in verse 4:14 where Mordechai tells Esther: “If you keep silent in this crisis, relief and deliverance will come to the Jews ‘mimakom acher – from another quarter’.” And, he adds: “Who knows, perhaps you have attained a royal position for just such a crisis”.

Who or what is this “other quarter” that Mordechai is invoking in such vague language?

As the commentators point out, Mordechai is referring obliquely to the possibility of Divine intervention.

Megillah aside, there are a number of circumstances in which we use the Hebrew word “makom”, which means “place”, as a descriptive name of God who is to be found in every place. (Perhaps the best known example is the greeting in a house of mourning: “Hamakom yenachem etchem – Hamakom should comfort you.”)

So the verse implies that Mordechai had faith that God would somehow forestall the destruction of the Jews; yet he still asked Esther to potentially risk her life by entering the king’s courtyard. Clearly, Mordechai believed that when the future of the Jewish people is at stake, political action is obligatory in and of itself. One cannot just wait for God to intervene miraculously in human affairs; every Jew who is in a position to try to assist or save his people has a moral responsibility to act. And so Mordechai effectively told Esther: “Providence will create a course of events in which the Jews in general will be saved, but if you sit back and do nothing you will be lost because you desisted from coming to the aid of your people.”

Surely in this lies an eternal message applicable to every person in every place, and particularly applicable in exile (the Diaspora where the Purim saga occurred) pending the final and true redemption when the hand of God will be openly seen by all. It is incumbent on all of us to stand up and be counted. As per the words of  the great sage Hillel recorded in Pirkei Avot (2:6): “B’makom she’ein anashim hishtadel li’hiyot ish – in a place where there are no men (translated by Artscroll as ‘leaders’) strive to be a man (leader).” Such is indeed our duty – at all times, not just in response to threats