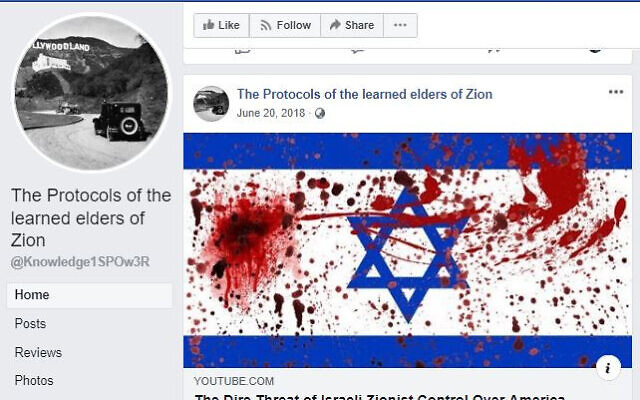 ELEVEN Australian Jewish organisations are among a coalition of 124 Jewish groups globally which have signed a petition urging Facebook to adopt the International Holocaust Remembrance Alliance (IHRA) working definition of antisemitism.

The campaign follows Facebook’s revision of its policy standards on hate speech, misinformation, and disinformation, which the petition points out.

Peter Stern, Facebook’s director of content policy stakeholder engagement, has admitted the social media giant does not have a specific policy on combating online antisemitism, but has attested to the usefulness of the IHRA working definition in developing Facebook’s hate speech policy.

This week, more than 120 organisations signed an open letter calling on Facebook to adopt the International Holocaust…

The letter to Facebook refers to the recommendations outlined in a report, The New Antisemites, which call on social media platforms to eliminate antisemitic content by adopting the IHRA working definition as the basis for content removal policies.

Adopted by nearly 40 countries, the working definition includes delegitimisation of Israel, the signatories stated. “Will Facebook take responsibility and move toward removing the scourge of antisemitism from today’s most important online public square?

“Jews overwhelmingly report that online antisemitism is the most acute form of Jew-hatred they experience,” the letter stated.

In terms of how much antisemitic material is removed in 24 hours and numbers of complaints upheld, Facebook “does about twice as well as Twitter”, he noted. “If [Facebook] were really bad, they’d be able to improve a lot just by using common sense”.

But having dealt with a significant part of the problem internally, adopting an internationally recognised definition endorsed by organisations ranging from the European Parliament to the US State Department, makes sense, he argued.

A worldwide group of organisations, including @ECAJewry, have written to @Facebook calling on the company to adopt the International @TheIHRA definition of #antisemitism. Read the letter here: https://t.co/wUxpg1YhJp #DefineItToFightIt #AdoptIHRA pic.twitter.com/6x59OW4c75

“The IHRA working definition of antisemitism brings clarity that helps organisations and governments recognise antisemitism in its various forms. Facebook needs such clarity and consistency as some antisemitic content is currently falling through the cracks. Adopting this definition, created by experts and approved by many governments and international bodies, would ensure greater consistency,” Oboler stated.

Further organisations are being encouraged to add their voices.