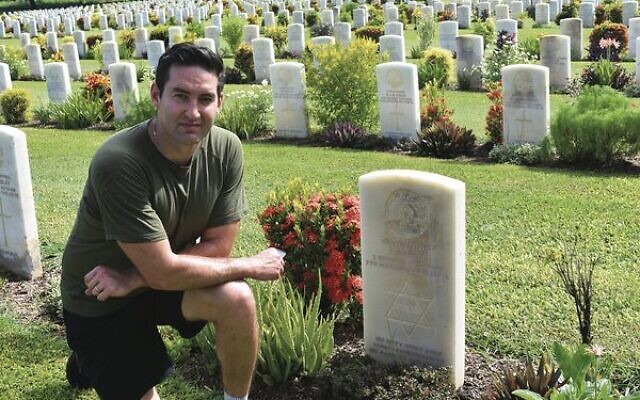 Since the first fleet, our Jewish community’s contribution to Australia features in an astonishing number of Australia’s stories.

I was recently reminded of this when I stumbled across a Magen David at the Bomona War Cemetery – roughly 30 minutes outside of Port Moresby, Papua New Guinea.

On one of the 3400 graves, an inscription reads, “His duty nobly done. Always remembered by his parents and sisters.”

It was the grave of Private Joseph Rovkin, of the Third Australian Infantry Battalion, who died on November 7, 1942, aged 16.

Thanks to Victorian Association of Jewish Ex & Servicemen and Women Australia (VAJEX), we know that Private Rovkin served under a different name – “Rorkin”. This is possibly due to Rovkin signing up underage. After all, he was only 16 when he enlisted.

Rovkin was born in Victoria and served as a factory hand before the war – a job I held before finishing university.

Thanks to the sacrifice of people like Private Rovkin, I was free to finish university and pursue a career in politics. 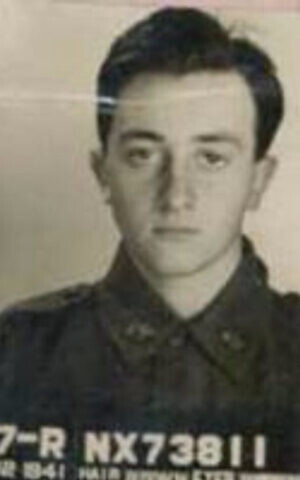 However, for Private Rovkin, he enlisted as a teenager in Sydney and tragically succumbed to his wounds while in the horrific conditions of the New Guinean jungle.

Rovkin’s story is a reminder of how the Jewish story has been an inescapable part of the Australian story.

I paid my respects to him and all who served our country. For their sacrifice has meant we live very different lives to those who came before us.

As I write this, I have just returned home from lighting the chanukiah at Chanukah in the Park in Melbourne where thousands of people in our community gathered together.

Standing on the scissor lift in Caulfield Park, the view of our community is incomparable.

We looked out into the sea of Melbourne’s Jewish community, coming together to celebrate our shared identity and Yiddishkeit.

It caused me to reflect how lucky we are and how fortunate I am to be a part of the community that has enriched our lives here in Australia.

In May this year I was deeply humbled and grateful to be returned by the people of Macnamara to form the 76th member of the Albanese government.

As I have previously written – I am especially grateful to the Jewish community in particular for your ongoing support.

I will continue to work with all sides of politics in the interests of the Jewish community. And in that spirit, I wish my sincere congratulations to David Southwick for being elected as the Member for Caulfield for a fourth time. 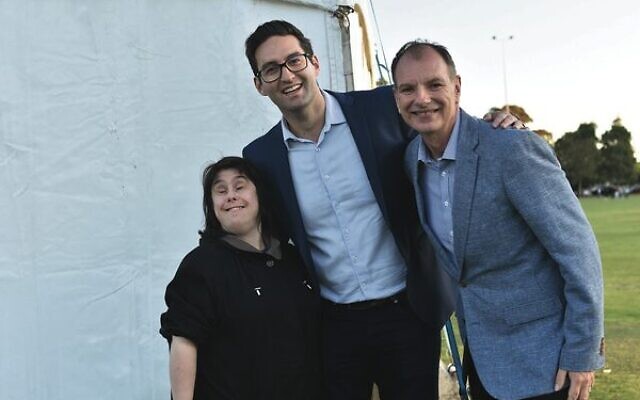 David and I have worked together over the pandemic, and we will continue to do so in the interests of the community.

Of course, I offer my thanks to Lior Harel for his hard work and for doing the Labor Party proud in Caulfield. And I offer a big mazal tov to my friend, the Premier, Daniel Andrews, someone I have travelled to Israel with and someone I know has a deep affection for our community.

Federally, I have also reached across the political aisle, in my capacity as co-chair of the Parliamentary Friends of the International Holocaust Remembrance Alliance (IHRA) – a new parliamentary initiative that seeks to increase Holocaust education and promote the IHRA definition of antisemitism.

Together with my co-chairs, Julian Leeser and Allegra Spender, we have already received some positive responses to our joint letter requesting universities adopt the IHRA working definition of antisemitism.

It is these sorts of initiatives, as well as protecting the vital bilateral relationship between Israel and Australia, that I will continue to work on with all sides of politics. For long after my career is over, it is essential that the Jewish community enjoys bipartisan support to ensure stability and security for the generations to come. Something that honours the service of those who made a far bigger sacrifice, such as Private Rovkin.

So as 2022 comes to an end, it has been a year that has felt as close to life before the pandemic. It has been a year of reconnecting, of returning to the things we love and doing something that comes so naturally to the Jewish community – coming together.

But after two elections at home and one in Israel, and lots of hard work in between, it’s time to unwind with family. I hope you get a chance to recharge and be around loved ones.

And if you are working over the holiday period, thank you.

Josh Burns MP is the Federal Member for Macnamara and chair of the Australia-PNG Friendship Group.