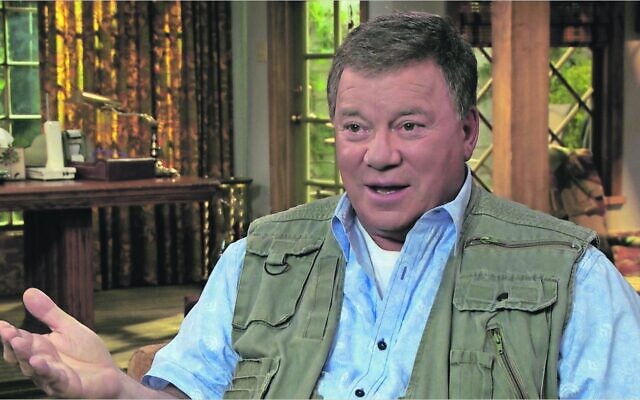 REVERED as a god of film and television, William Shatner was a 46-year veteran actor before he found his true calling – comedy. That was in 1996, and since then it’s been all $#*!s and giggles, with comedy hits like Boston Legal and more recently $#*! My Dad Says. Adam Kamien spoke with the man, the icon.

You famously told Trekkies to “get a life” in a Saturday Night Live sketch in the 1980s, yet here you are in town for another Star Trek convention. Do you ever get sick of idiots like me asking you the same questions ad infinitum?
Up until now I hadn’t. But you have tipped the scales. I’m here for a Star Trek convention and I will be doing Star Trek, so to all intents and purposes the fans will be waving hello to Captain Kirk. I’m putting myself in the line of fire and I want people to come and enjoy themselves.

Well you’re obviously a glutton for punishment. Does that mean you’ll pursue a role in the new Star Trek sequel? Will Kirk ride again?
Well, the reason I’d love to do the movie more than anything is that [director] JJ Abrams is five foot seven inches [1.7 metres] I believe, and it’s so rare that I can tower over somebody. I think he should hire me in order to have me tower over him.

As good a reason as any …
[But] I think the problems [of playing Kirk again] are insurmountable. People remember Captain Kirk from 40 years ago and several pounds lighter. Even though it’s science fiction, it seems to me to be an insurmountable.

Kirk died in Star Trek Generations (1994), but you wrote a novel/screenplay in which he is resurrected. Have you thought about finding the money and making a break- away, rebel Star Trek?
It’s impossible in the era of patents and intellectual properties. I had a show that I had sold called How Captain Kirk Changed the World, but the lawyers thought I better get that okayed by Paramount and they told me I couldn’t use the words “Captain Kirk”. So I changed it to How Star Trek Changed the World, but that wasn’t allowed either. So I had to go with How Shatner Changed the World, and it was a bit of an ego boost.

How did Star Trek change the world?
I think perhaps I’ve overblown the television show for dramatic purposes. It probably didn’t change the world, but there was a ripple effect.

Leonard Nimoy [Spock in the original Star Trek] said something very similar when I interviewed him. Is he there with you now?
Yes, we’re working together. No, my answer is certainly not the same as Leonard’s. My answer is – because of me.

That’s amazing. Leonard said: “Because of Bill”.
That’s hilarious. I think the reason must be that the characters were like family and television audiences love the idea of a family, of a group of people that act in a predictable manner – the audience likes to see that prediction come true. Also, a lot of the stories are based on universals that touched everybody. Also the earth is in dire circumstances. There is a very real possibility that humans will not make it beyond the very near future because of the toxicity of the air, water and the soil. Star Trek proposes that there will be a beautiful world ahead and that the technology that got us into this mess will get us out of it. So there’s a hopefulness about it too. 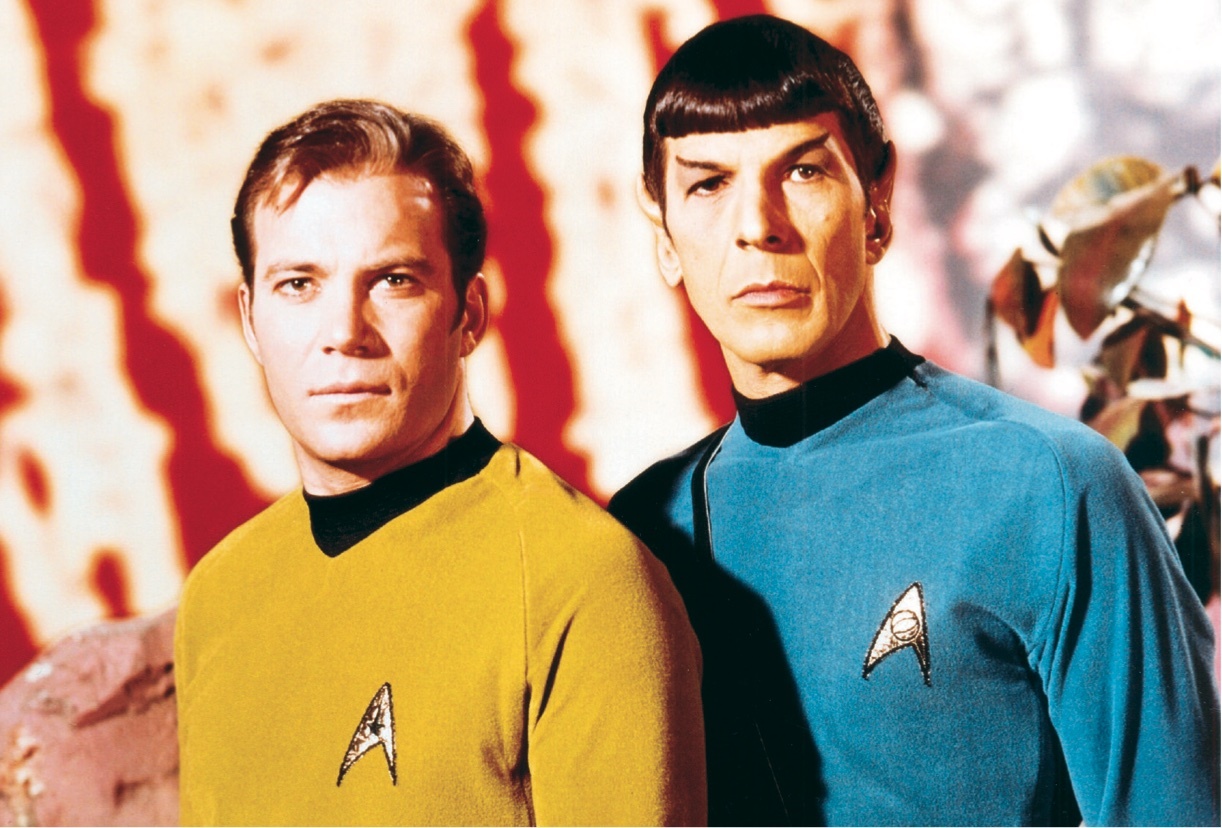 The Vulcan split-finger salute was taken from a ritual performed by Cohanim. Was there anything Jewish that you injected into the show?
Well I did, yes. I had my centre finger pointed up, which is an old Jewish sign as well. That’s an ancient, lesser-known Cohanim sign, but then the Brooklyn guy got a hold of it and gave it a whole different taint.

Who was it pointed at?
Well, generally [at] Leonard, but he always got the better of me by aiming two fingers at me.

Did the two of you ever do Friday night dinner on the bridge when you were on set?
We davvened a lot. In the early Saturday morning and when we had to shoot late we davvened all the time. We davvened on the bridge.

I can’t tell whether you’re being serious or not.
Well, that’s the best way to treat it.

Your Wikipedia page says that in the 1980s your career stalled, but as a fan of exploitation films, I think you did some of your best work in Devil’s Rain and Big Bad Mama.
People who don’t really understand the way show business works think that if you’re not in the public eye, in a number-one show, your career has stalled. As you point out though, I was doing films and mucking about in various television shows and theatre. Some good, some bad, and some indifferent, but nevertheless making a living as an actor. 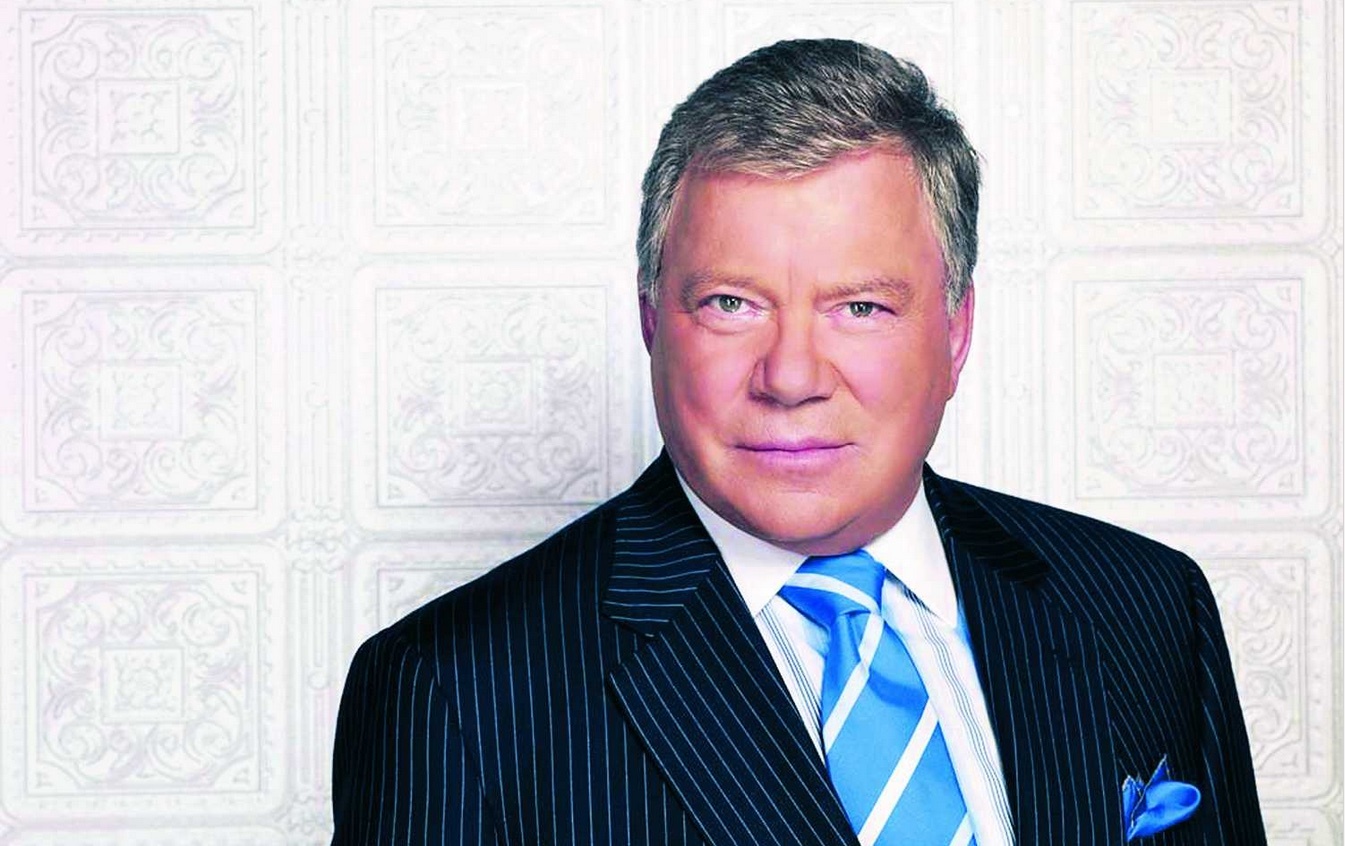 Well you are in a number-one hit show again with $#*! My Dad Says, and at 80 you’ve probably got another 20-30 years at the top of your game. Do you feel the pressure to find the next big thing?
As I slowly wizen and become Yoda, I wonder if a Jewish Yoda is a Yehuda … a Yehoda?

I think that was in the original screenplay …
When you’re a young actor, you think people know because they say, “here’s what you have to do”. But slowly you begin to understand that nobody knows anything and there’s no such thing as a sure thing except for the laws of gravity. It’s a process of maturation to begin to trust yourself about what pleases you and what displeases you. Since nobody knows anything, one’s own opinion is the equal of anyone else’s.

We all saw your comic genius for the first time in Third Rock From the Sun, and it looked as though you had been liberated, like you’d been itching to do comedy for years.
I’m gratified that’s your opinion, and I’m gratified some people think that way. When I was in Canada, before I came to the US, I did comedy all the time. One set, three-act comedies that were popular on Broadway at the time. I had a reputation as a live comedian and I thought I was amusing. Then, when I got to the States, they started putting me in heavier stuff, but all the way through, and especially in Star Trek, I found ways to inject humour. Then, as you point out, people started offering me shows that were out-and-out comedies, and this thing that I had, which is probably a gift, was able to manifest more and more.

There are a lot of men out there who would envy your Boston Legal character Denny Crane, simply because they would love to finish the day with a fine single malt and a Cuban overlooking the Boston skyline …
You know something, your audience should know that even if you don’t have a balcony and you may not smoke a cigar and you may not drink single malt whisky, the equivalent is all around us and it’s attainable anywhere.

What do you do to attain it?
On a balcony overlooking Boston with a single malt and a cigar.

I walked into that one.
Edged into it.