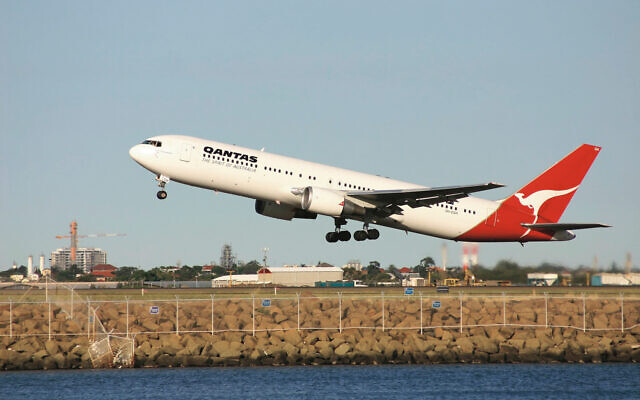 CONCERNS have been raised with Australia’s flag carrier airline, Qantas, after it emerged that the company lists “State of Palestine” and “Occupied Palestinian Territoty” (sic) on its websites.

The Australian Jewish Association (AJA) was sent pictures showing that, upon booking a flight, passengers are presented with the option to list their area code as “Occupied Palestinian Territoty” (sic).

In another section, when booking a hotel through Qantas, several cities and towns are listed as being in the “State of Palestine”.

Foreign Minister Marise Payne said earlier this year, “Australia does not recognise a ‘State of Palestine’, noting that matters relating to territory and borders can only be resolved through direct negotiations between Israel and the Palestinians.”

Noting Qantas does not use the label “occupied” for any other disputed area in the world, AJA president David Adler said, “We have written to Alan Joyce, asking him for clarification. Our hope is, that this was done by a third party, or an activist junior employee, who wasn’t authorised to take this stance. The thought that Qantas management would endorse such a stand is worrying.” 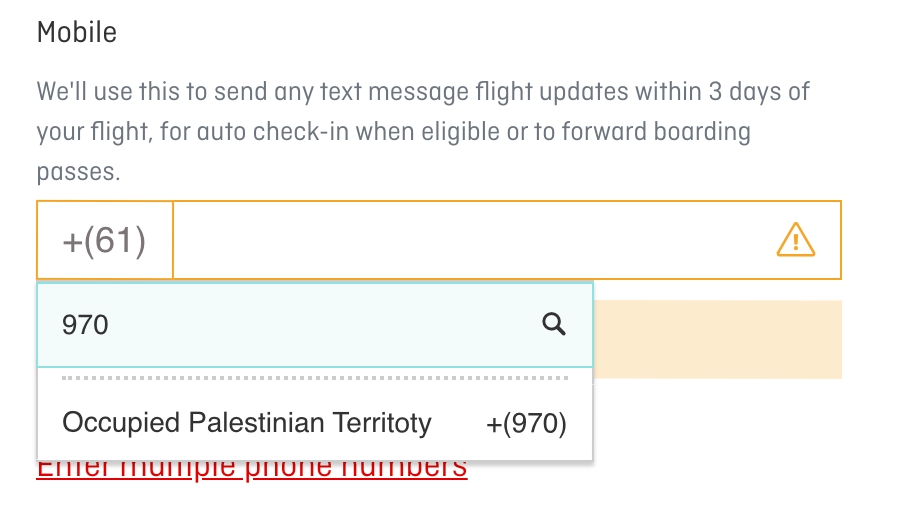 He added, “This is offensive to Australia’s Jewish community, to Australia’s close ally, Israel, and to Christians and others everywhere. As restrictions ease, Australians just want to be able to book holidays, and enjoy themselves. They certainly don’t want to be confronted with this blatant political activism.

“For Qantas to be wading into international politics like this, taking a stance at odds with Australia on such a sensitive topic and re-drawing the map is absurd.”

In a statement on Wednesday, Qantas said, “This does not reflect Qantas’ position on Israel and Palestine and we of course align with the Australian government’s policy.

“The list of international locations which appear on the Qantas Hotels website are provided from third party suppliers.

“We will be temporarily removing these destinations from the Qantas Hotels website while we investigate how this has occurred.”

It comes after Australia Post recently updated its system to remove the word “occupied” when referring to Palestinian-controlled territories.