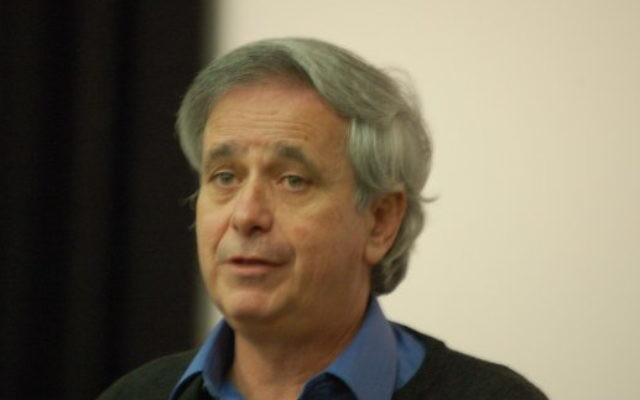 ISRAEL was accused of the “ethnic cleansing of Palestine” and compared to apartheid South Africa during a half-hour debate on the ABC’s live panel discussion program Q&A, which aired on the second night of Rosh Hashanah.

During Monday night’s discussion, Pappe claimed that the “Jewish establishment”, prior to 1948, prepared a file on every Palestinian village and neighbourhood in preparation for a takeover and said Israel continues its ethnic cleansing of the Palestinian people today.

“Israel is seeking legitimacy as being a racist state within the civilised community of states,” he said.

Sheridan pointed out that Pappe’s version of history had been roundly dismissed by scholars around the world.

“I comprehensively reject Ilan’s narrative of Israel,” Sheridan said. “I think it’s wrong in every respect.”

“No other nation in the world constantly has its legitimacy questioned in the way Israel does.

“It’s the object of Western policy to reassure North Korea that we accept its legitimacy. We accept the legitimacy of Iran.”

“The decision by Q&A to frame a program around an individual whose single claim to notoriety is his defamation and demonisation of Israel – a longstanding advocate for Israel’s demise and a man repeatedly caught misusing historical sources to push his openly declared ideological vendetta – is an extraordinary example of contempt for the intelligence of viewers,” Rubenstein said.

He also called into question the network’s decision to film and air the episode on Rosh Hashanah.

“The very deliberate, disrespectful decision to produce such a program on a Jewish High Holy Day only compounds the underlying offence and reflects a shameful attitude to fairness and the tenets of Australian multiculturalism,” Rubenstein said.

“Unfortunately, the ABC let down its viewers and the Australian ­population.”

Q&A executive producer Peter McEvoy said the decision to air the program on Rosh Hashanah was not deliberate.

“Ilan Pappe is only in Australia for a limited time and unfortunately was only available to do Q&A on one day,” McEvoy said.

“We are aware that date falls on Rosh Hashanah. Even so, Irving Wallach is available to present an alternative perspective to that of Ilan Pappe.

“Q&A goes to air every Monday night between February and November regardless of religious festivals and secular holidays.”