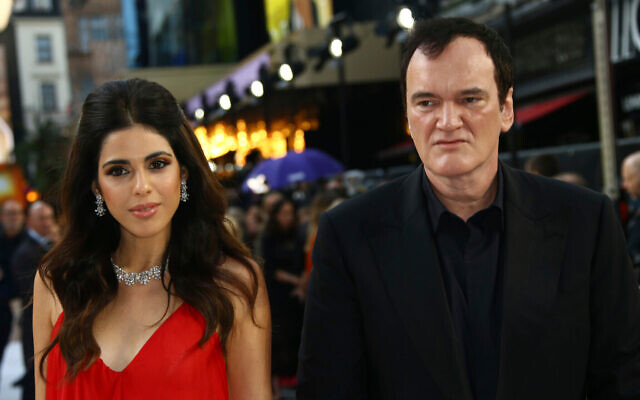 QUENTIN Tarantino will be the guest of honour at next week’s Jerusalem Film Festival, at which he will present a selection of eight films from the now defunct Hollywood institution Cannon Films.

Run by Israeli director and producer Menachem Golan and his financier cousin Yoram Globus, Cannon Films was responsible for some of the biggest cinema hits of the 1980s, including The Delta Force starring Chuck Norris, Runaway Train and 10 to Midnight.

All of the films being showcased – which were chosen by Tarantino to screen at the festival – will be shown in his preferred 35mm format. The legendary director will also take part in a panel discussion about the famous production house prior to the first screening.

Tarantino, who is married to Israeli model and singer Daniella Pick, has been living in Israel for most of the last year. The couple has a son, Leo, aged 16 months.

He also teased the possibility of shooting his final movie in Jerusalem, saying, “There’s no place you can put the camera that you’re not capturing something fantastic.”

In June, he showed off his Hebrew to television presenter Jimmy Kimmel.