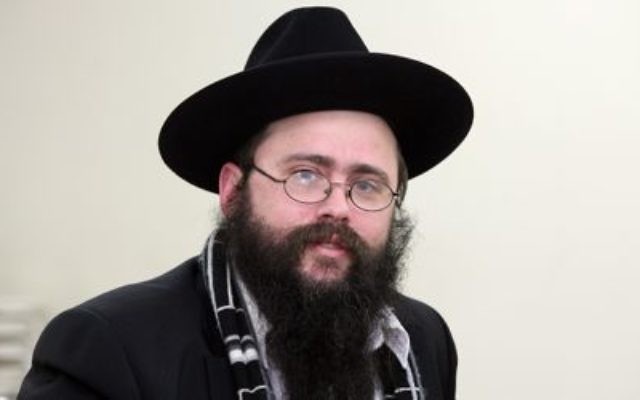 RABBI Yosef Feldman has resigned from the Rabbinical Council of NSW (RCNSW) three weeks after it voted 18-3 against his decision to provide kashrut supervision to caterer Amaze In Taste (AIT).

This latest twist in Sydney’s kashrut saga comes as the NSW Jewish Board of Deputies and JCA continue to work with the Kashrut Authority (KA) to appoint lay leaders to its board and pursue a solution to its dispute with AIT.

In resigning, Rabbi Feldman said he did not believe that remaining involved with the RCNSW “at this time and under its current leadership” would be helpful or constructive for the community or the rabbinate until the kashrut issue is resolved.

“In resigning, I join a large number of senior members of the council – including a former president, [KA rabbinic administrator] Rabbi Moshe Gutnick – who have resigned in the past in protest at the direction of the council or its leadership at a given time,” he said.

“I would like to reiterate publicly that I do support one communal hashgachah [kashrut authority] and am willing to immediately withdraw my hechsher in favour of the KA, as soon as the KA has a suitable and wide-based lay leadership and rabbinic governance structure.”

Following the RCNSW meeting on November 23, Rabbi Feldman had told The AJN he hadn’t been given the opportunity to present his case for providing the hechsher to AIT.

But RCNSW president Rabbi Yehoram Ulman has refuted this. “It is the view of the vast majority present … that Rabbi Feldman was given the opportunity to present his case. The vote of 18-3 expressed the sentiment of the rabbinate that for him to continue his supervision would be counterproductive,” he said.

“[His] resignation pre-empted a RCNSW meeting in which his actions would be discussed.”

He added: “The RCNSW is clear that it wants one kashrut for NSW and has full confidence in the halachic expertise of the KA.”

“The KA under its current rabbinic governance, with Rabbi Gutnick as rabbinic administrator, and the rabbis of the Sydney Beth Din sitting as board members, has earned almost unparalleled international recognition as a kashrut agency,” he said.

The KA further stated: “We believe that without Rabbi Feldman’s ongoing support for AIT a solution would have been reached with AIT long ago.

“The community needs to unite behind the KA and the RCNSW and not let individual interests dictate the kashrut policy of the community.”

KA rabbinic administrator Rabbi Moshe Gutnick was also quick to point out that his resignation from the RCNSW, to which Rabbi Feldman referred, had “nothing to do with the current leadership”.

“As far as I am aware, the only resignations from the RCNSW in its entire history have been in relation to the leadership of Rabbi Yosef Feldman,” he countered.

“I resigned when he was reinstated as president after standing aside over his view on reporting child abuse to the authorities and his equating it with mesirah [prohibited practice of reporting Jews to non-Jewish authorities].

“When Rabbi Ulman was elected president I rejoined the council. I have no doubt that Rabbi Ulman enjoys the full support of his colleagues and this is evidenced by the near unanimous vote of 18-3 against Rabbi Feldman.”