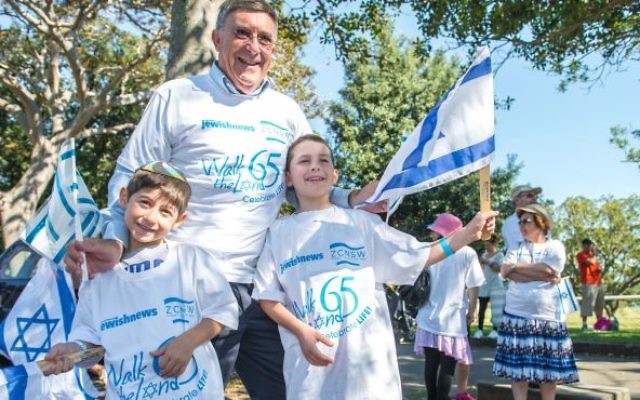 THE New Organisation of Rabbis of Australasia (NORA) is only three weeks old and is already at war with the Executive Council of Australian Jewry (ECAJ) and the Council of Orthodox Synagogues of Australia (COSA).

NORA president Rabbi Selwyn Franklin said his organisation is committed to implementing “appropriate standards of governance and accountability”, but Rabbi Franklin is also the vice-president of the NSW Kashrut Authority (KA), from which two board members resigned last week due to a lack of procedure on the board.

They quit following the release of a statement by the board’s president Baron Revelman, which aimed to counter a number of allegations regarding accountability, financial oversight and a conflict of interest made by the recent Kashrut Commission of Inquiry (KCI) into the state of kashrut in NSW.

The board members had been told they had until last Thursday morning to submit their comments on the statement, but it was then released to The AJN last Wednesday night.

In the wake of the resignations, the ECAJ and COSA both highlighted the inappropriateness of Rabbi Franklin being both NORA president and on the KA board.

Goot said it would be concerning if the president of NORA remains vice-president of the KA.

“The recent Royal Commission into Institutional Responses to Child Sexual Abuse has highlighted how things can go terribly wrong for the very few Jewish organisations which choose to operate outside the governance structures of the mainstream Jewish community and which fail to operate according to the same governance standards that prevail in other Jewish organisations,” Goot said.

“These concerns were underlined by the resignation last week of two lay members of the KA board, whose resignations were reported as being in protest over the lack of proper process.”

COSA president Romy Leibler said that Rabbi Franklin’s positions on both NORA and the KA are untenable.

“Rabbi Franklin has committed to seeking proper structural reform of communal institutions, as expressed in the joint statement of NORA and COSA,” Leibler said.

“I am therefore confident that he will take appropriate action and duly resign from the NSW Kashrut Authority.”

Rabbi Franklin, however, refused to accept that his position as both president of NORA and vice-president of the KA was untenable.

He told The AJN on Wednesday afternoon, “Having reviewed all the facts surrounding the rebuttal of the KCI report, I believe that the issue of the resignation of the two board members does not go to the core governance of the Kashrut Authority.

“As such I will be remaining on the Kashrut Authority.”