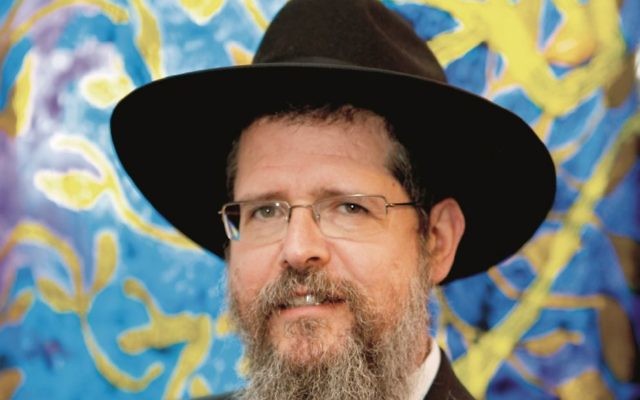 The complaint related to his membership  of Yeshivah Melbourne’s committee of management and one of his Facebook posts during the Royal Commission in which he stated, “Who says we don’t exercise????? We JUMP to conclusions … We THROW our weight around … We TWIST the truth …. We STRETCH the lies … We LIFT our egos … We RUN from tough situations …. We are absolutely fit!”

Last week, the RCANZ said in a statement that “those who have been identified in the report as not fulfilling their legal obligations to protect children to stand down from their public positions” and said that “those who denigrated or undermined the victims have lost their moral right to serve as leaders in our communities”.

RCANZ secretary Rabbi Benjamin Elton told The AJN that there is a new culture of accountability after last week’s strong message.

“In this case the complainant came forward and said he believed the person should stand down,” Rabbi Elton said.

“[RCANZ president] Rabbi [Yaakov] Glasman had a conversation with him and he decided to resign and that is what he has done.”

In a letter to his community on Tuesday, Rabbi Yurkowicz wrote, “The Royal Commission into Institutional responses to Child Sexual Abuse over the last few years, has highlighted the unfortunate and inexcusable mistakes that were made in the past.

“I understand that during the time I was on the Committee of Management and a trustee of the Yeshivah Centre (since 2006), victims of child sexual abuse, and others have suffered, and I sincerely apologise for that.

“I no longer have any involvement in the Yeshivah Centre, and have been asked to resign my membership from these rabbinic groups because of the position that I held at the time.”

The victim, who brought the complaint against Rabbi Yurkowicz has also lodged formal complaints about two other rabbis, Rabbi Chaim Tzvi Groner and Rabbi Zvi Hirsch Telsner, and asked for them to be removed as members of the RCV.

The victim has called on Rabbi Groner to be removed from the RCV because he has been a trustee of the Yeshivah Centre in the past five years and because he refused to “act on complaints brought to him” regarding the conduct of two community members.

The victim asked Rabbi Telsner to be removed for similar reasons, including the fact that the Royal Commission did not accept some of his testimony.