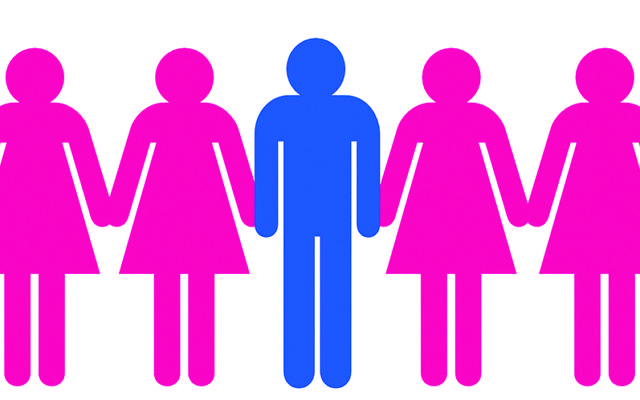 AS Australians await the results of the postal vote on same-sex marriage, it is worthwhile to reflect upon the debate between yes and no voters, and in particular the arguments of no voters who justify their position by reference to religious or biblical values.

A commonly heard argument against legalising same-sex marriage in Australia is that which was ventilated by Rabbi Moshe Gutnick, a senior Dayan in the Sydney Beth Din, recently.

He wrote, “No matter how unpopular it is to state this position, no amount of ‘clerical gymnastics’ can change the fact that biblically there is only one form of marriage. And that is between a man and a woman. Anyone who tells you otherwise is either fooling themselves or fooling you.”

This is a profoundly misleading statement.

But first some context. Orthodox Jews, of which Rabbi Gutnick is one, believe that the Old Testament is the eternal, unimpeachable, word of God.
It is therefore true and correct for all time.

Humans are expected to interpret the text, no doubt, but for them no human logic or societal or scientific developments will supersede or overturn what is clearly prohibited by the Old Testament, because there is no greater authority than God’s word.

And given the Old Testament is quite clear in its views of (at least male) same-sex relations, that really is, for Orthodox Jews, the end of the discussion.
But let us be clear.

The Bible does not talk about gay marriage. The specific commandment is to kill men who sleep with other men.

It is important not to put a gloss on the specific passages that guide so much of the thinking around the no vote.

The Old Testament states: “And if a man shall lie down with a man in the manner he would lie down with a woman, they will be committing an abomination and they shall surely be put to death” (Leviticus 20:13).

Rabbi Gutnick is right when he says that anyone who tries to tell you that the Bible equivocates in its views on homosexuality is trying to fool you, although it is worth pointing out that the Bible has nothing to say about female same-sex relations, or about any same-sex but abstinent relationships.

But the argument that the Bible is opposed to gay marriage does not come close to telling you the full story.

Like all other opponents of same-sex marriage, or homosexuality more broadly, who hold their views on the basis that such is prohibited clearly in the Bible, Rabbi Gutnick is hoping that you do not ask any follow-up questions.

But let’s. And then, let’s sit back and watch the “clerical gymnastics”.

Let us be specific here. Rabbi, what guidance can modern Australian marriage law derive from the Old Testament, whose heroes:
(a) in the case of Abraham, kept a concubine, Hagar, with whom he had an alternative family because his primary wife, Sarah (who was apparently also his half-sister: Genesis 20:12), was seemingly infertile;
(b) in the case of Isaac, married his three-year-old cousin, Rebecca (Genesis 24:15) who was sourced for him by his father’s servant;
(c) in the case of Jacob, married two sisters, Rachel and Leah, both of whom were his cousins (Genesis 29:10), and then kept two further concubines, Bilhah and Zilpah, with all four of whom he fathered the 12 tribes of Israel;
(d) in the case of Moses, Aaron and Miriam, are the children of a nephew and aunt couple (Exodus 6:20); and
(e) in the case of King Solomon, married 700 wives and kept 300 concubines (1 Kings 11:3)?

And don’t get me started on King Solomon’s parents.

Rabbi, when you say that the only marriage you would accept is the “one” set out in the Bible, could you please also direct us to the synagogues or churches in Australia that would permit the domestic arrangements described above?

Rabbi, you also refer to the Biblical story of the Garden of Eden, and hold the union of Adam and Eve as ideal.

As you say: “In the biblical Garden of Eden, God created a man and a woman and their union was blessed. From this, come all of humankind. So too, only a union that mirrors that potential for procreation is blessed with the title, ‘holy matrimony’.”

Rabbi, it perhaps does not bear thinking about how all humankind came from this one union. It suffices to say that someone mothered Cain’s children. But perhaps I am unfair.

Rabbi Gutnick does not, and does not purport to, represent the vast cacophony of Jewish voices in Australia, or even the voices of Orthodox Jews – even if he presented his view in the mainstream view as being authorised by the Bible, and even if his position in the Beth Din gives him more authority than most on Jewish marriages.

Many Orthodox Jews, including many Orthodox rabbis and community leaders, are apparently in favour of Australia legalising gay marriage.

Jews, you see, have a particular intolerance when it comes to excluding others for being perceived as different.

And perhaps I am being unfair to you, Rabbi, because we both know that modern Jewish law would never permit the domestic relationships described above.

Jewish tradition has long forbidden all of those family structures. But that’s the point – isn’t it?

Jewish and other religious attitudes to marriage have changed, can change and should change.

You may disagree with me on the final point – that attitudes should change, at least in relation to same-sex marriage – but you will find no authority for your views in the Bible.

That book is not your ally if you contend that there is only one form of acceptable marriage.

ELI FISHER is a lawyer based in Sydney.