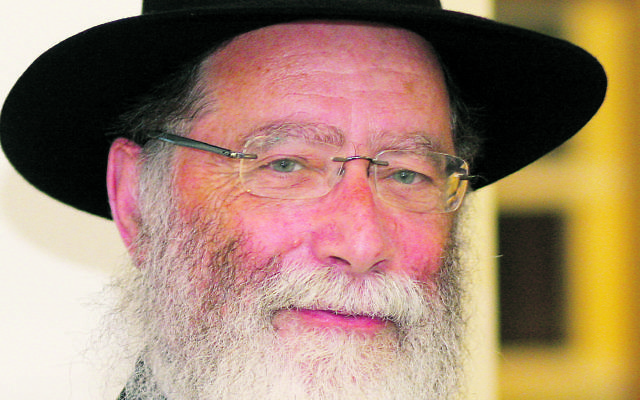 RABBI Mordechai Gutnick has been elected unopposed as the new president of the Rabbinical Council of Victoria (RCV) at its annual general meeting.

The Elwood Shul rabbi has served the Australian rabbinate for almost 40 years in a number of leadership roles, including president of the Organisation of Rabbis of Australasia (ORA). Aside from his Elwood shul role, he is currently senior dayan of the Melbourne Beth Din and rabbinic administrator of Kosher Australia.

The rabbi said he is looking forward to working with his new executive committee and council.

“It is essential that the rabbinate ensure the ongoing development and dissemination of authentic and expert rabbinic and spiritual leadership and guidance in all areas of communal endeavour,” said Rabbi Gutnick.

Ensuring that every constituent synagogue implements an accredited child protection policy was one of several resolutions passed by the AGM. Other resolutions related to a centralised system of halachic marriage authorisation and mohalim.

Rabbi Gutnick steps into the shoes of Rabbi Kluwgant who was recently elected president of ORA.

In that capacity, Rabbi Kluwgant met last month with Leader of the Opposition Daniel Andrews to address some of the issues facing the Jewish community, including the aftermath of MH17, Israel’s right to defend itself and the rise of anti-Semitism around the world and in Australia.

The need for security and the additional costs of protection for the community was also explored, as well as the role of the government in supporting multiculturalism and tolerance in non-government schools.

Kluwgant also shared his plans for dealing with family violence.

“[Andrews] was particularly moved by our plans for a national accredited child protection policy project for all shuls in Australia. We both agreed on the importance of government and faith leaders working together on matters of common interest such as family violence, drug and alcohol addictions, and education.”

The meeting was organised after Kluwgant received a congratulatory letter from the Opposition Leader following his ORA appointment, in which he wrote, “We recognise your lifelong dedication to your faith, your community and our entire society. Our state is stronger for your service.”

Rabbi Mordechai Gutnick has been elected as the new RCV president.