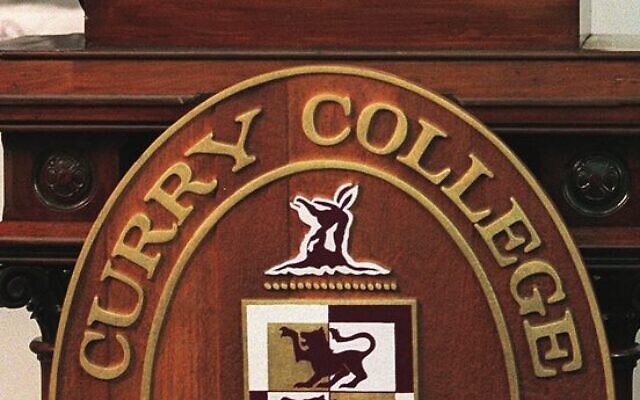 FOR nearly a month, a small liberal arts college just kilometres outside Boston has been roiled by a spate of hate incidents, including antisemitic graffiti and threatening racist language, prompting the school to offer a $10,000 reward for information leading to the arrest and conviction of anyone involved.

The incidents at Curry College began in late January with reports of drawings of swastikas and discriminatory and hateful language.

Numerous other similar incidents were reported over the next few weeks. After threats against the school’s Black community that mentioned a specific date, February 22, Curry temporarily shifted its classes online last week.

Some 200 people participated in two separate rallies and a march in support of Curry’s Jewish and Black students, according to the student newspaper.

“We will get through this. We will not bend to those who threaten or, by their actions, cause fear in our community,” the school’s longtime president, Kenneth Quigley Jr. wrote in a message to the Curry College community last week.

Peggy Shukur, deputy director of the New England Anti-Defamation League, said it was unusual to see such a large reward offered for information in relation to a hate crime.

“It underscores the seriousness with which the college is taking this,” she said.

The Milton Police Department is also investigating the incidents and is providing additional security and patrols on the campus.

The most recent incidents were discovered in the restroom and laundry room of a residence hall, according to the email from Quigley that was first reported by the Boston Globe.

In addition to the incident targeting the Black community, which came amid a string of bomb threats to historically Black colleges nationwide, the second incident was a drawn swastika and racist hate language.

Quigley said it’s disturbing for the school to be violated by hate symbols and threats.

“We cannot say it enough: hate has no home here and we will take every step possible to identify the perpetrator(s) and maintain the safety of the our community,” he wrote in a public statement.