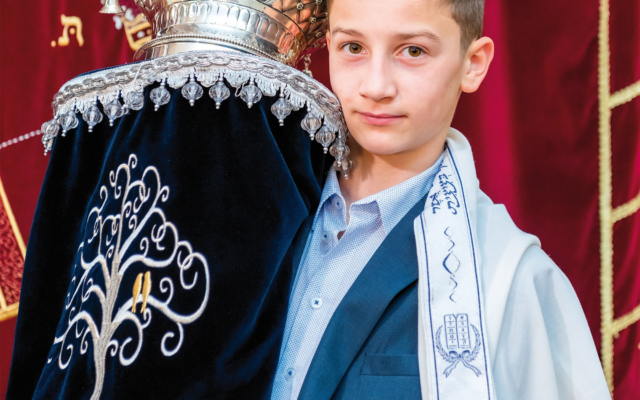 Oliver Rose was initially nervous when he stood up to read his bar mitzvah portion, but as soon as the first words were out of his mouth, he felt a sense of ease.

“Having both of the rabbis beside me, my dad and both grandfathers was reassuring and made it a lot more meaningful for me too,” he said. “Once we got to the party I could relax and just enjoy myself with my family and best mates.”

He knows this was extra special, considering the situation Melbourne was facing at the time. “Given that my bar mitzvah was on then off and then back on again, I felt very lucky to get to be called up to the Torah and sharing the celebrations with real people and not tiny boxes on a Zoom screen on my computer.”

His resilience throughout is something his mother Caroline certainly noticed, saying that despite the uncertainty, Oliver never complained. Eden, Oliver’s dad, said he always knew Oliver had it in him.

“Like his mother, I was very proud that he was mindful of his friends who didn’t get the chance to celebrate. He was quite philosophical and accepting of the reality that he may be in the same boat,” Eden said. “I honestly could not have been prouder watching him from the balcony at Elwood Shule,” said Caroline.