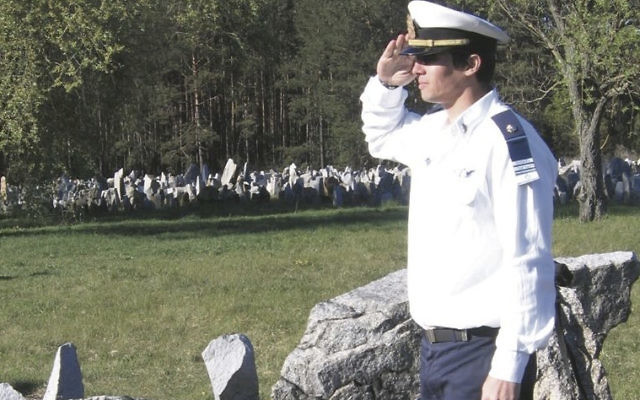 MANY Israelis complain that human rights advocacy has become synonymous with criticising their country. Yoaz Hendel decided to take action.

His group undertakes activities that were previously the realm of the hard left, such as maintaining a presence at West Bank checkpoints to ensure that Palestinians are fairly treated, and going into Palestinian villages to deliver medical care.

When Hendel says “we”, he is referring to the Israeli right, for which he is one of the best-known spokesmen in Israeli media outlets. A former communications director for Prime Minister Benjamin Netanyahu, he now heads the hawkish think tank the Institute for Zionist Strategies.

Hendel is to make his first visit to Australia in August, as visiting scholar of the Shalom Institute. He talked to The AJN about some of the issues he will be addressing during his lecture series and his appearance at the Sydney Jewish Writers’ Festival.

Hendel said that human rights have become a stick with which people beat Israel. “Israel had become the biggest human rights ‘tourism’ site – you can find 20 groups every week here criticising Israeli policy and claiming that Israel is evil.

“These groups don’t go, of course, to Saudi Arabia or Lebanon, but rather here. These people are not meeting any officials or public diplomacy organisations – all the information they have is [from] human rights organisations.”

He acknowledged that some right-wing Knesset members, such as Miri Regev and Ofir Akunis of Likud, have acquired reputations as ill-disposed to human rights causes, and said: “Zionism is a nationalist movement but it’s also a liberal movement.” The leading right-wing Zionists were fiercely committed to human rights and the right today should recommit to this legacy, he said.

Hendel’s outside-the-box thinking has made him a distinctive public intellectual, and he hosts regular television and radio shows, as well as writing columns in the newspaper Yediot Achronot. He has strong ideas on the Palestinian question as well as internal issues, and thinks that a negotiated two-state solution based on 1967 lines isn’t viable at the moment, and that attempts for further talks when the end point can’t be reached would constitute “hypocrisy”.

Hendel has a different solution. He wants the parts of the right wing that still hope for a “Greater Land of Israel” under Jewish control to give up on this, and the left-wing which anticipates a tidy end to the conflict to give up on its vision, or as he puts it, “utopian dream”. Instead, he advocates an interim solution, which would see the Palestinian Authority formalise its role in the large part of the West Bank that it currently administers (known by the Oslo Agreements as Areas A and B) and turn this into a demilitarised Palestinian state.

“The Palestinians could choose to say that there is a Palestinian state on 40 per cent to 50 per cent of the West Bank, and they will determine the other terms in the future while developing now as much as they can,” he said.

According to Hendel’s plan, as Palestinians set up their state in part of the West Bank, Israel would declare settlements to be formally part of Israel – in other words annex them. He said that this would be a sweetener for the Israeli public to accept final severance from part of the West Bank.

Discussing the combination of Palestinian statehood and settlement annexation that he proposes, he said: “I think it’s a good vision and we need to take decisions – it’s impossible to say nothing is happening and we should keep things the way they are.”

Michael Misrachi, education director of the Shalom Institute, said Hendel’s talks will be stimulating. “Shalom is delighted to be hosting Yoaz Hendel, with his outstanding credentials and perspective as a political insider and analyst,” he said.

“The Sydney Jewish community rarely gets to engage with someone who has worked so closely with an Israeli Prime Minster and who continues to have a transformative impact on Israel.

“Hendel’s experience and in-depth knowledge of Israel’s military, his experience on the PR battlefront, his scholarship, vision and incisive commentary make him unmissable.”

Yoaz Hendel paying tribute to his family’s pre-Holocaust community of Ozarow (Poland) at the site of the Treblinka extermination camp.