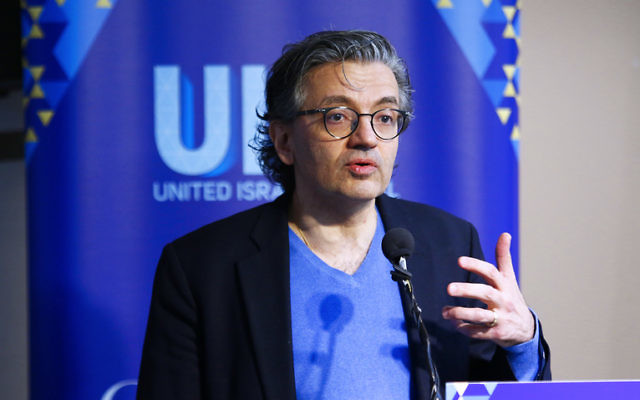 In recent months, Omar, a Democrat, has said US foreign policy is dictated by Israeli financial clout, declared Israel has “hypnotised the world” and equated Jewish Americans’ support for Israel with “allegiance to a foreign country”.

Jasser said Omar practises “the new antisemitism of how they veil criticism of Israel as being actually just Israel, when it’s obviously rank antisemitism”.

But the founder and president of the American Islamic Forum for Democracy remains hopeful that Muslims and Jews can build bridges.

Militant Islamism is “a Muslim problem that requires a Muslim solution”, said Jasser, but Israel cannot allow “militant, genocidal imams” to affect its security, “so you’ve had to defend yourselves”.

“I’m a physician … but I don’t simply treat symptoms … I treat the root cause,” he said, noting a military solution to radical Islamism will not eradicate it for centuries.

Islamism is a form of Islam that “believes that the state’s identity is based in Islamic law so that the Koran is not a source but the source of law”, and Jasser laments that scripture is rarely debated in mosques.

“We don’t believe Muslims have a monopoly on heaven – these are principles that need to be challenged in Muslim interpretations,” he said.

“We Muslims need a [John] Locke, a [James] Madison, a [Thomas] Jefferson, and then we will evolve.”

But he said Western societies need to do more than express acceptance of Islam, they need to introduce reforms in repressive Muslim societies and support governments that can guarantee human rights for their citizens.

The event was also addressed by IDF Captain Ziv Shilon, recounting his courageous struggle, as reported in The AJN, to overcome the physical and psychological trauma of losing a hand during an attack at the Gaza border in 2012.