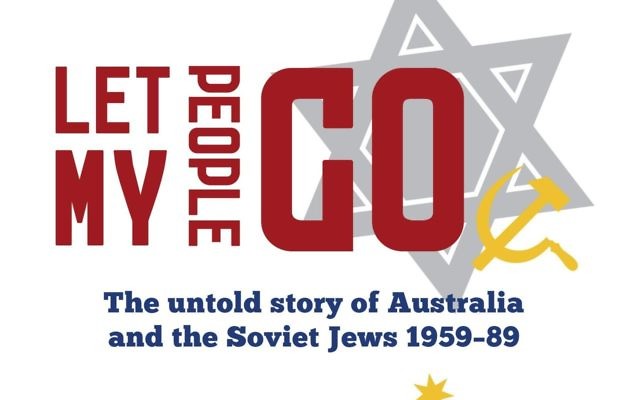 A BOOK chronicling the marathon Australian campaign to free Soviet Jewry – which reveals previously undisclosed details from behind the scenes – will be launched this month.

It covers the controversy triggered by Hawke’s speech at a Melbourne rally in 1988 to welcome former refuseniks to Australia, in which he drew parallels between their struggle and that of the Palestinians.

“The fact that a million-plus Jews came to Israel and to the free world is a great, dramatic story,” Lipski, now CEO of the Pratt Foundation, told The AJN.

Rutland said accessing Leibler’s treasure-trove of primary documents relating to the Australian campaign was pivotal. “This was unbelievable material that doesn’t exist anywhere else in the world.”

Leibler, now living in Israel, was the driving force behind the campaign to free the refuseniks, Soviet Jews who had been refused exit visas, and Prisoners of Zion, those who were persecuted for even applying to leave.

Leibler, a long-running president of the Executive Council of Australian Jewry, was the central but by no means the only figure in a campaign spanning some 30 years of communal activism.

In that era, the postwar Australian Jewish community presented a convincing case to successive governments to speak up, and Australia became the first country to raise the plight of Soviet Jewry in world forums. Canberra became a key player in a broader international effort to bring pressure on Moscow regarding its treatment of Soviet Jews.

Lipski said the campaign animated veteran leaders such as Melbourne’s Maurice Ashkenasy and Sydney’s Syd Einfeld, and a new generation, including Marcus Einfeld and Robert Goot. “They cut their political teeth on the Soviet Jewry campaign.”

Let My People Go will be launched in Sydney at the Sydney Jewish Museum, Sunday, May 10, 2.30pm and in Melbourne at Beth Weizmann Community Centre, May 17, 4 pm. Published by Hybrid Publishers, it is available from all main local bookshops, $29.95. The international and ebook version are available on Amazon.

Read our special four-page feature on Australia’s campaign for the refuseniks in this week’s AJN.