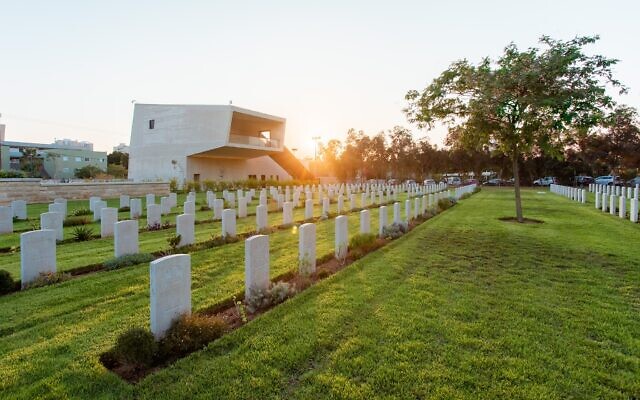 The ANZAC Memorial Centre in Beersheba.

BETWEEN 1918 and 1920 the Spanish Flu killed far more people than the number of soldiers killed during World War One and yet there is no national day of commemoration for its victims. Indeed until the recent COVID pandemic, few people would have heard of the Spanish Flu. Why therefore did Australia, Great Britain and other countries establish a national remembrance day to commemorate the sacrifices of its service men and women in war?

Initially it was the surviving servicemen who began the tradition of memorialising the lives of their comrades. On April 25, 1916, Sir John Monash ordered his soldiers in Egypt to have the day off, so that they could conduct a solemn service of remembrance for their missing comrades who had died at Gallipoli and then enjoy an afternoon of organised games.

Many of these soldiers had been closer to their deceased mates than they would subsequently be to their wives, as many ex-service men and counsellors can attest.

It was the same for the intimate gatherings of Jewish returned soldiers that used to occur in Sydney from 1919 to reminisce about their lost friends and to support each other after the traumas they had suffered.

These gatherings were the embryonic origins of the NSW Association of Jewish Service & Ex-Service Men & Women (NAJEX), later, with its state counterparts, to become in its heyday probably the largest Jewish organisation in Australia with a huge footprint in the Jewish community.

By 11am on November 11, 1918, when hostilities ceased on the Western Front, ending the “War to End All Wars”, the carnage and the scale of death had previously been inconceivable.

And never before had the impact on the remaining civilian populations been so great, whether because of unremitting warfare, occupation, the death or injury of close relatives or the massive dislocation that had occurred to societies and economies to fight a war on this scale.

No one was left untouched. At a personal level, I still recall my grandmother tearfully telling me that in WWI, she had lost every male friend she had.

So it was only natural that a national day of communal commemoration would emerge for those lost in war. This day was Armistice Day, now called Remembrance Day.

According to the Australian War Memorial, it was Edward Honey, an Australian journalist working in London, who suggested that at 11am on the first anniversary of the 1918 Armistice, a period of two minutes’ silence be observed.

After the British cabinet approved the idea, King George V personally appealed to all the people of the British Empire to suspend normal activities for two minutes on the hour of the armistice “which stayed the worldwide carnage of the four preceding years and marked the victory of Right and Freedom”.

The Australian War Memorial displays a photo of a massive crowd packed into Martin Place on November 11, 1919 and a commemoration has been held there each year on that date (2020 being a sad exception).

The impact of WWI was felt disproportionately by the Australian Jewish community. The prominent spiritual leaders of the day, Rabbi Jacob Danglow in Melbourne and Rabbi Francis Lyons Cohen in Sydney, had regularly exhorted the young men of their communities to enlist.

Many of them had come from parts of Europe and Russia where antisemitism had been vicious and pervasive. Many of them had experienced the sneers that Jews were cowards and shirkers and they were determined to give the lie to these canards.

So out of sheer gratitude for the haven that they had found in Australia, they enlisted in numbers proportionately as high, if not higher, than the general population and they died and were wounded accordingly. The well-known Weingott family lost two sons at Gallipoli.

Soon after WWI, the NSW Jewish community created its own Jewish War Memorial, the historic building which now houses the Sydney Jewish Museum and which contains in its entrance hall a roll of honour of the names of those NSW Jews who have died in wars. This memorial, funded by a broad communal appeal, was opened on Armistice Day 1923 by Sir John Monash.

NAJEX has been conducting commemorations there for Remembrance Day and Anzac Day ever since. They are well attended by the community and by parliamentarians and other non-Jewish communal leaders, together with a proud and enthusiastic cohort of students from the Sydney Jewish day schools.