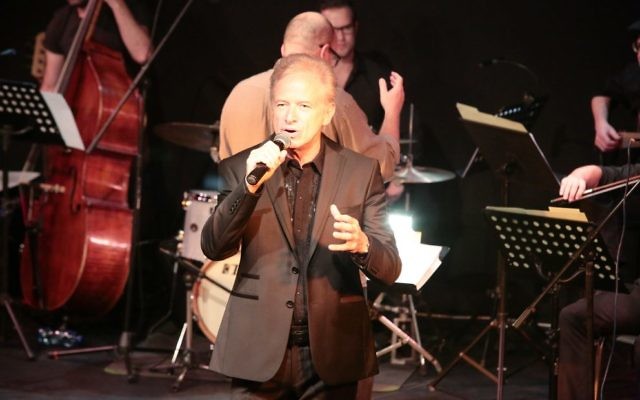 Tugendhaft, a Johannesburg lawyer and former cantor of the local Sydenham Synagogue, is well known as the driving force behind the Celebration concerts that have toured internationally over the years – including Australia in 2008 – to raise money for charity.

It’s his first visit since 2008 and Voices is currently touring Australia with concerts in Perth, Melbourne and Sydney.

“This time we have a completely new show with different artists which has been two years in the making,” Tugendhaft told The AJN by phone from Johannesburg on the eve of the tour.

“Voices has some elements that are similar to Celebration, but I am trying to merge the melodies, harmonies and rhythms of Israel and Africa and other parts of the world with songs in Hebrew and English.”

Voices is a not-for-profit concert that will support community charities in Australia and follows in the tradition of the Celebration concerts that made eight tours to Britain, America, Canada and Australia and raised millions of dollars for charity.

The Voices touring party has 24 singers and musicians from South Africa – including many who are not Jewish, but wanted to be involved in the production – under the musical direction of Bryan Schimmel.

Schimmel has worked as musical director on many events and stage productions around the world, including Jersey Boys, We Will Rock You and the South African production of Priscilla Queen of the Desert. Earlier this year Schimmel was honoured with the ABSA Jewish Achiever Award for South Africa’s most outstanding musician.

Tugendhaft said: “We commissioned four of South Africa’s top arrangers to give the music in Voices a different feel to previous shows. Even the traditional numbers such as Adon Olam and L’Cha Dodi get a modern arrangement.”

A highlight of the concert will be performances by Black Yoghurt, a three-man group that has become one of South Africa’s most popular bands.

“I came across Black Yoghurt last year,” said Tugendhaft. “They have beautiful harmonies and lots of energy and spirit, singing a capella as well as performing with instruments.”

Black Yoghurt will perform some African favourites as well as popular songs such as Crazy Little Thing Called Love and Can’t Stop The Feeling.

For the Melbourne concert on November 16 at Caulfield Shule, chazan Dov Farkas will join the singers and musicians on stage.

Tugendhaft began singing at the age of six when he joined the synagogue choir and within a year became a child soloist.
As a teenager he sang on TV shows and concerts in South Africa and overseas, studied chazanut, learnt the piano and received vocal training in opera, classical and contemporary music.

“In my late teens I trained and conducted synagogue choirs and subsequently became the cantor of the Sydenham Synagogue in 1986, a position I held for 18 years,” Tugendhaft recalled.

In 1987 Tugendhaft travelled to Israel to perform in a special concert to celebrate the 20th anniversary of the reunification of Jerusalem.

In 2010, Tugendhaft joined Orthodox singer Avraham Fried in a commemorative concert paying tribute to Jewish survival in the German city of Dusseldorf – the city from which Tugendhaft’s parents escaped the Nazis on the eve of World War II.

Earlier this year Tugendhaft recorded his 15th album, Reflections, a compilation of English, Italian and Spanish songs backed with a symphony orchestra.

“Reflections is different to my previous albums that featured French and English songs,” he said.

Tugendhaft is excited about the Australian tour of Voices, but unfortunately will have little time to catch up with his Australian friends as he returns to South Africa after the final show.