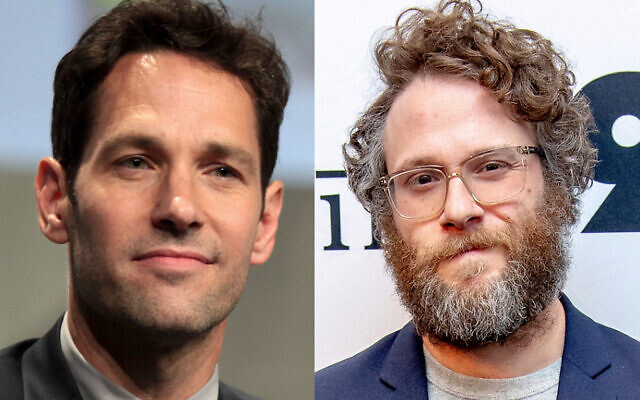 JEWISH actor Paul Rudd once tried to pull a prank on fellow Jewish actor Seth Rogen by taking over while the latter was receiving a massage.

But the Ant Man star was obviously so good, his pal didn’t realise.

“Once I was in the spa in a hotel in Vegas getting a massage. When I finished I turned over and to my shock Paul Rudd was massaging me,” Rogen tweeted last week.

“He saw me go in and convinced the masseuse to let him take over, thinking I’d notice immediately. I didn’t, and Paul did the entire rest of it.”

The admission prompted a stream of hilarious replies on the social media platform, including one user commenting “Paul Rubb”, other asking “Happy ending?” while a third, in reference to Rudd’s famously eternal youthful looks, wrote “His hands felt like a 23 year old massage therapist. Doesn’t age.”

When producer Jeremy Wein asked “are we sure this wasn’t a weed induced hallucination Seth?”, Rogen tweeted back “I’m sure Paul would confirm it”.

And confirm it Rudd did, telling US media website Mediaite, “Haha! It’s 100 per cent true.”

The two actors worked together on the films The 40-Year-Old Virgin, Knocked Up and This is 40.