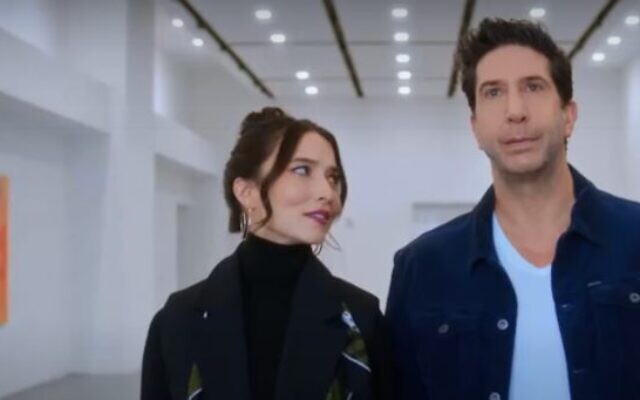 When looking for investment ideas, Ross Geller is probably not the first person to come to mind.

However, many Israelis this week were surprised to see David Schwimmer on their TV screens during commercial breaks, after the actor was hired by Israeli investment firm Meitav to be the new face of its rebranding campaign.

Following a loss in earnings in 2021, Meitav hopes to target the younger population. With the renewed popularity of Friends, thanks to reruns on Netflix, Schwimmer has become an appealing face for younger audiences.

While Schwimmer is so much more than his Friends character, the Jewish actor, comedian, director and producer gained worldwide recognition for playing (also Jewish) Geller on the sitcom, often embracing his Judaism, like, for example, when he dressed up as the Holiday Armadillo to explain the story of Chanukah to his son.

Schwimmer, who has never been afraid to poke fun at himself, says in the ad, “Sometimes, I feel like the joke is on me,” pointing to the fact that everyone else around him seems to know where to put their money.

Israel’s Channel 12 news reported last week that the Friends star is rumoured to have been paid more than A$420,000 for his Meitav appearance.