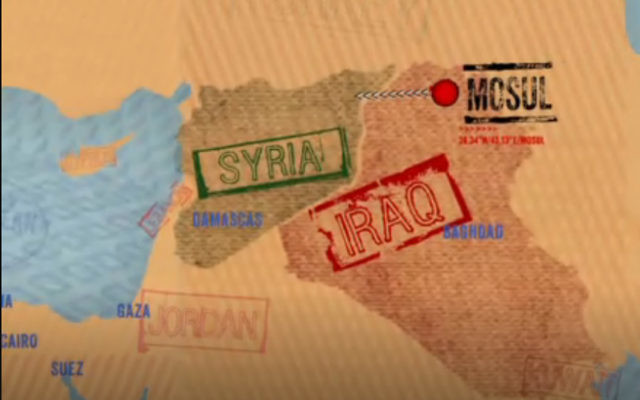 SBS has apologised for leaving Israel off a map of the Middle East during an episode of the award-winning show Go Back To Where You Came From last week.

A stylised map of the region was shown on Thursday night during the show, which challenges six ordinary Australians’ preconceptions about refugees and asylum seekers by taking them on a reverse journey to retrace the steps of those seeking asylum to help them gain a deeper understanding of the complexities around refugee and asylum seeker issues.

“Unfortunately, due to an oversight, the title ‘Israel’ on a stylised map of one of the regions visited was missing and SBS sincerely apologises for the error,” an SBS spokesperson told The AJN.

“SBS is updating the graphic for SBS On Demand and future repeat broadcasts.”

Zionist Council of Victoria president Sam Tatarka, who lodged a complaint with SBS, welcomed the speedy response from SBS.

“It is refreshing to have a media organisation acknowledge an error and take immediate corrective action and we thank SBS and the team behind Go Back To Where You Came From both for their apology and for their sensitivity to the issues that we raised.”

The same week, Air France drew criticism for removing Israel on its in-flight maps for passengers.

The airline operates daily flights between Tel Aviv and Paris but on the in-flight entertainment system neither Tel Aviv or Israel are identified, but Gaza and the West Bank are labelled.

Air France apologised and said that it “deeply regret this incident” and that it is working to rectify the problem.

B’nai B’rith’s Anti-Defamation Commission chair Dvir Abramovich said that whether it is a mistake or not, leaving Israel off world maps “seems to be part of a larger international effort which seeks to delegitimize and demonise the Jewish state”.

He said the practise of erasing Israel is misleading , unacceptable and offensive.

“When such behaviour is frequently repeated, one has to wonder what is driving this intolerable conduct. We hope that this regrettable situation is rectified.”