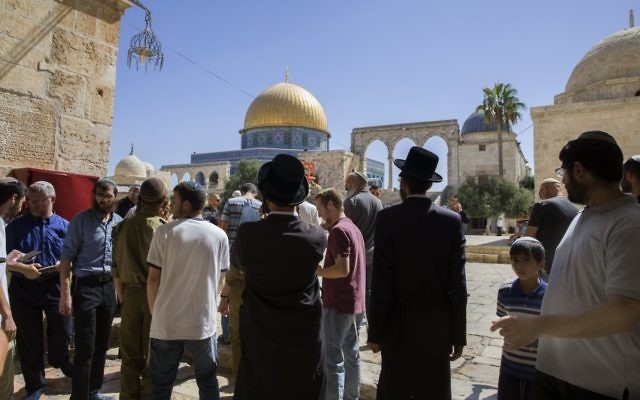 SBS has apologised for its coverage of the violence in Jerusalem at the start of the recent Temple Mount crisis.

A report in its 6.30pm TV news on June 17, on the stabbing of Israeli police officer Hadas Malka, failed to mention the attack on Malka had been fatal.

The voice-over only subsequently noted the “stabbing [of]  a border police officer” without mentioning she had died.

In a complaint to SBS, Executive Council of Australian Jewry executive director Peter Wertheim noted the omission of Malka’s death from the report, despite other media reporting it.

“This was an appalling omission … Nor does it appear that the omission was inadvertent, as it is entirely in keeping with the whole tenor of the report, which is to highlight only the deaths of those who instigated the attack.

“This is not only sloppy reporting, but also biased reporting. The equivalent in Australia would have been to report the terrorist murder of Curtis Cheng by Farhad Jabar in October 2015 with the headline: ‘Muslim teenager shot dead by police’,” wrote Wertheim.

In her response, SBS ombudsman Sally Begbie stated “the report was found to have breached the [SBS] code for accuracy and impartiality”.

Begbie admitted information Malka had died of her wounds “was available prior to broadcast and should have been included in the SBS report”.

“As this was the first time these incidents were reported in the SBS World News 6.30pm television bulletin, and given the error in not reporting the police fatality, I consider that the way in which this report was constructed could unintentionally have left the average viewer with an unfair impression of the incidents.” Begbie admitted “the manner in which the incidents were reported lessened the impact of the initial actions”. She added that “SBS apologises for this breach” and staff have been reminded of the importance of fairness and accuracy.

Wertheim said ECAJ “welcomes the positive response to our complaint” but added that “there are some lessons here also for the ABC”, as that broadcaster’s complaints mechanism “is less credible than that of SBS”.