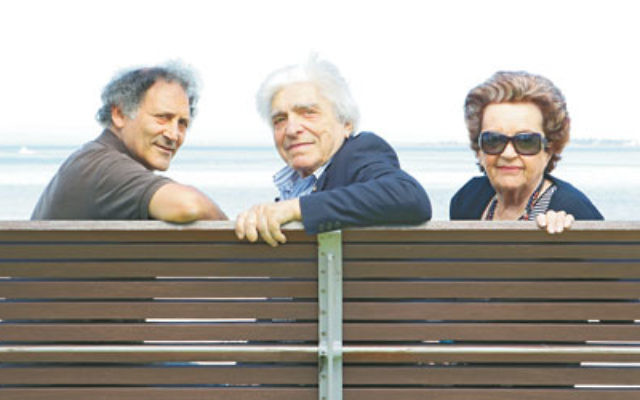 CAFE Scheherazade, the iconic St Kilda eatery that was an integral part of Acland Street for half-a-century, is about to get a new lease of life on the stage.

Therese Radic has written a play, Cafe Scheherazade, based on Arnold Zable’s acclaimed 2001 novel of the same name, incorporating a story of survival and courage as seen through the restaurant’s history.

It will premiere on March 8 at Fortyfivedownstairs in Flinders Lane, Melbourne.

The play is set around the popular cafe operated by Avram and Masha Zeleznikow from 1958 until 2008. In its early days it became a favourite meeting place for Jewish migrants who had settled in Melbourne after World War II.

The poignant stories of these European migrants are brought to life through recollection, reminiscence and music in this production directed by Bagryana Popov and starring Jacob Allan, Richard Bligh, Marta Kaczmarek, Bruce Kerr and George Werther.

For Zable, the play marks another chapter in a lifelong association with the restaurant.

“My parents were involved in the Bund community and I remember as a child meeting Avram and Masha and going to the cafe after seeing shows at the Palais Theatre,” he recalled last week. “And I remember interviewing them in 1993 for an article in The Age about the 35th anniversary of the cafe and thought at the time that there were so many great stories – far more than could be fitted into an article.”

Many of those stories were developed into his 2001 book, Cafe Scheherazade.

Radic says she was inspired to write the play after reading Zable’s book. “It originated as a three-hour script that was read in 2006 at my house, and after many rewrites, we are now in rehearsals for its 90-minute premiere!” she says.

Zable has sat in on rehearsals and says he is pleased to see how the characters and storylines have developed. “I feel privileged that they have adapted my novel and put so much time into bringing it to the stage,” he says. “I feel quite emotional. There was an incredible response once people heard about the play.

“So many people are keen to share their Cafe Scheherazade stories, so we may encourage audience members to write their own anecdotes.”

Klezmer music is a feature of the play, with violinist Ernie Gruner composing a special score.

“At times during the play we hear the exciting klezmer music, Russian tango, chardash, nigun and Yiddish song,” Gruner says.

“Listening in at rehearsal, I thought I had walked into a simcha!”

Gruner says he is thrilled to be working with Zable again.

“I worked with Arnold on a project at The Boite where we collaborated on a CD based on his book, The Fig Tree, along with klezmer groups and Greek bands.”

Gruner says he first enjoyed eating at Café Scheherazade 25 years ago, so it had special sentimental importance to him. “When we had some workshops for the play last year, Arnold and Avram and Marsha came in to talk about their experiences and we appreciated that it was an important place where Jewish migrants loved to come to.”

Gruner has been involved in the play since the 2006, attending the reading by Radic. “It’s exciting to see it come to life after five years,” he says.