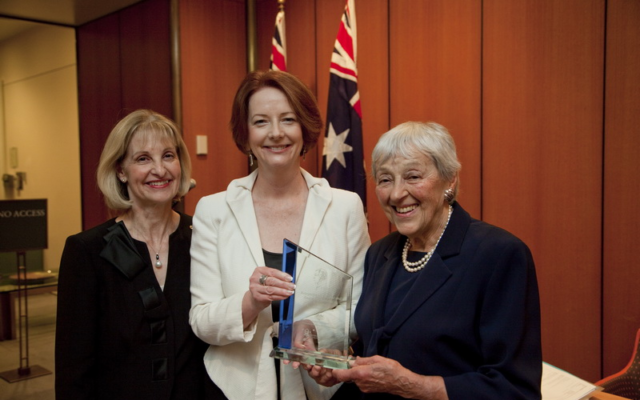 THE late Sir Zelman Cowen understood the power of education to transform people’s lives. Now new scholarships named in his honour will help young Australians progress their own education and change for the better.

Created in consultation with the John Monash Foundation following Sir Cowen’s death last December – and with a one-off $6 million government grant – the scholarships will give two young Australians the chance to study at top international universities each year in perpetuity.

“These scholarships will allow the nation to lastingly remember the work and life of this great Australian,” Gillard said at the gathering attended by a cross-section of politicians, business leaders and academics.

Lady Anna Cowen, representing the family, thanked the Prime Minister for her gesture. “Zelman would be honoured and delighted at the tributes made,” she said, also noting that there were similarities between Sir John Monash and her late husband: “Both men loved their country and loved serving it.”

The first two scholarship winners will be awarded this upcoming November, and will be selected through a rigorous three-stage process from an expected 200 applications across Australia. Recipients will be funded $50,000 per year for up to three years postgraduate study at a leading overseas university.

Sir Cowen’s own academic achievements were substantial. After completing two honours degrees in arts and law at the University of Melbourne, he became a Rhodes Scholar at Oxford University in the 1940s.

Returning to Australia, he became a professor and dean of law and vice-chancellor of two universities, New England and Queensland, before becoming governor-general in 1977.