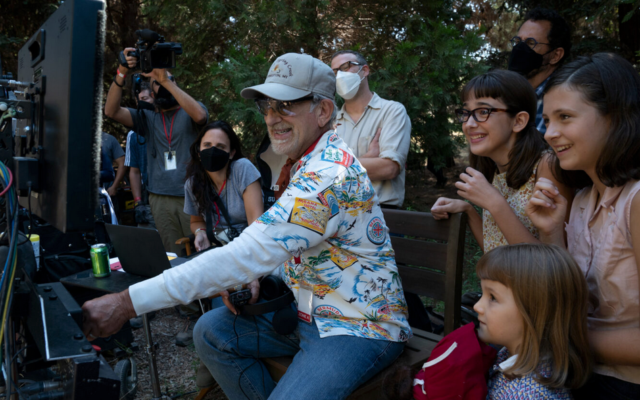 A remake of a movie once targeted by the Nazis, a blockbuster embroiled in a lawsuit with an Israeli family and a documentary by the program director of the San Francisco Jewish Film Festival also got recognized in a list jam-packed with Jewish characters, stories and artists.

The film also scored acting nods for Judd Hirsch, who is Jewish, and Michelle Williams, who recently said she is planning to raise her two children with Judaism.

“The Fabelmans” was the best picture nominee with the strongest Jewish themes, but it wasn’t the only one. The psychological drama “Tár,” starring Cate Blanchett as a problematic conductor, picked up six nominations, including for picture, actress and director; the film weaves Jewish mysticism into its storytelling.

“All Quiet On The Western Front,” Netflix’s new German-language adaptation of the classic 1929 novel about the horrors experienced by German soldiers during World War I, was also nominated for nine Oscars, including best picture, international feature and adapted screenplay. The film’s source material was once banned and burned by the ascending Nazi Party, which believed its anti-war stance made the German military look weak and constituted a threat to their plans for world domination.

When the book’s initial 1930 film adaptation, directed by Jewish filmmaker Lewis Milestone, was released in Germany, Nazis led by Joseph Goebbels set off stink bombs, released mice into the theaters and called the movie a “Judenfilm” (or “Jewish film”). Germany and Austria banned the film from being shown in their countries, and the public censorship campaign led the novel’s author, Erich Maria Remarque, to renounce his German citizenship (Nazis were erroneously labeling him as a Jew).

In response, Jewish studio head Carl Laemmle Sr., agreed to heavily edit the movie and remove material deemed objectionable to the Nazis in order to improve its commercial prospects in Germany. One possible silver lining for the remake’s producers: The 1930 film went on to win best picture that year.