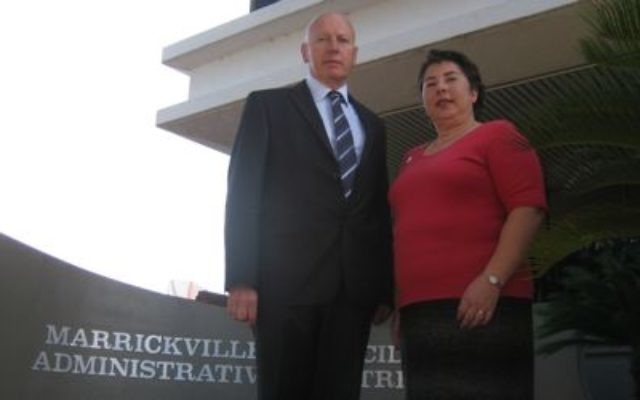 THE Coalition has promised to come down hard on Marrickville Council if it is elected to government on March 26.

Shadow minister for intergovernmental relations Chris Hartcher last Thursday told The AJN that Marrickville Council’s endorsement of the Boycott, Divestment and Sanctions (BDS) campaign against Israel was a misuse of their role and that he was “putting them on notice”.

He described the figure of $40,000 the council has reportedly already spent on the motion as “simply staggering”.

“The council is not elected to govern either the internal affairs of New South Wales or the external affairs of Australia. It’s elected strictly to look after the ratepayers within its own borders,” he said. “The fact that it’s prepared to spend its money on matters which we regard as outside its proper functions, and waste council officers’ time on matters outside its proper functions, is not something that we will tolerate if we are elected to government.”

“But doing so by appropriating council staff time, altering council operations and spending ratepayers’ money on a political crusade is a massive waste and abuse of office,” he said. “I don’t intend to allow councillors to waste ratepayers’ money on this sort of thing if the NSW Coalition is elected to form government next month.”

Under Section 434 of the Local Government Act, the minister can ask councils to account for particular practices.

Hartcher said he also wouldn’t rule out using other sections of the Act to hold Marrickville Council to account.

“If we are elected to government, we intend to have a good look at Marrickville Council, and we are now putting Marrickville council on notice that its responsibility is to its ratepayers,” he said. “And if Marrickville Council is unable to accept that, then we will take whatever measures we consider appropriate at the time.”

A spokesperson for Opposition Leader Barry O’Farrell confirmed that he endorsed Hartcher’s stance.

The Jewish Liberal candidate for the state seat of Marrickville, Rosana Tyler, who will contest Labor’s Carmel Tebbutt and Marrickville Mayor and Greens candidate Fiona Byrne, said Marrickville Council should be concentrating on delivering quality services to its residents.