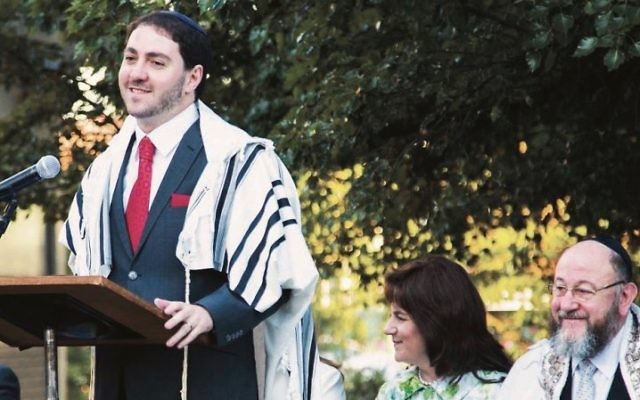 HE has big shoes to fill, but Rabbi Alon Meltzer (pictured) says he’s up for the challenge after he was appointed as the new programming director of Shalom and as the next rabbi of Or Chadash.

Rabbi Meltzer, currently rabbi of the ACT Jewish Community, told The AJN this week he is “very excited” about the move to Sydney, and the “fantastic” opportunities that lie ahead.

He will take over from Michael Misrachi as Shalom’s programming director from January next year, and said the “idea of leading a creative and dynamic team to run programs of both social and educational content to a very wide audience was a great drawcard”.

Rabbi Meltzer said he brings to the organisation his drive and commitment to the Jewish people, “alongside my desire to effect real change amongst the wider Jewish community”.

With Or Chadash, Rabbi Meltzer said he looks forward to “growing the community and working with the lay leadership to continue the true goal of developing a Modern Orthodox community in Sydney”.

“As a Yeshiva University graduate, the home of Modern Orthodoxy, I bring with me the ethos of a synthesis between the Torah world and modern academia,” he said.

Reflecting on his three years in Canberra, Rabbi Meltzer said that from day one he set out to create a “vibrant and dynamic” community.

“I have been privileged to have a board and membership that wanted to see long-lasting change. We have a culture and work ethic here that is based around action and not just words,” he said.

He said he leaves the ACT Jewish Community in a “stronger, more active” position than when he arrived, “one that cares deeply for all Jews, and puts an emphasis on education and engagement”.

On their search for a new rabbi, Yael Cass, president of the ACT Jewish Community, said: “We are once again seeking a candidate who will best suit us as a community –modern, active and hospitable, someone who showcases the best of what we offer, and who pushes us all to a greater level of engagement with our Jewish identity.”