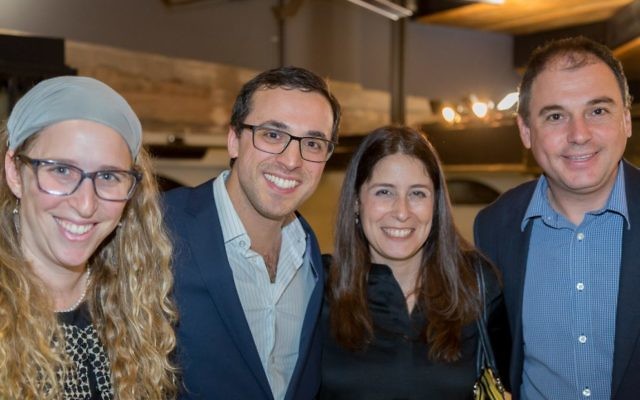 THERE were mixed emotions at Shalom as programming director Michael Misrachi, who has been with the organisation for eight years, announced that he and his family will be making aliyah at the end of July.

“I have loved my time at Shalom, so it is sad to be leaving,” Misrachi told The AJN. “I feel excited and a little trepidatious about [making aliyah]. There will be challenging moments but I am excited about the future I am building for my family and the contribution I can make to the Jewish world from Israel.”

Among Misrachi’s many achievements is Shalom’s professional theatre program, which has put on four productions to date. Misrachi co-produced the 2016 play My Name is Asher Lev, which was nominated for an independent theatre award and attracted 2800 theatregoers. The current production You Will Not Play Wagner, also co-produced by Misrachi, is receiving rave reviews.

“I have loved developing quality Jewish cultural programs and bringing them into the mainstream,” said Misrachi, who is responsible for creating the Sydney Jewish Comedy Showcase, which sold out five years running.

Shalom CEO Tamara Samuel said that Misrachi has had an incredible impact on the Sydney Jewish community’s cultural landscape, and is excited that the Misrachi family will now influence the Jewish world from its centre.

“Michael’s departure creates an amazing opportunity for another talented people leader to shape the Sydney community’s cultural, professional and educational offering,” Samuel said, adding that Shalom is currently in the process of recruiting a new programming director.

“I don’t believe we will achieve Jewish continuity through guilt or fear,” Misrachi said. “We need to show people that Jewish life is vibrant, interesting and relevant so that they buy into Judaism and Jewish community for positive reasons. That’s what Shalom seeks to do in an inclusive way and I encourage the community to walk that path too.”