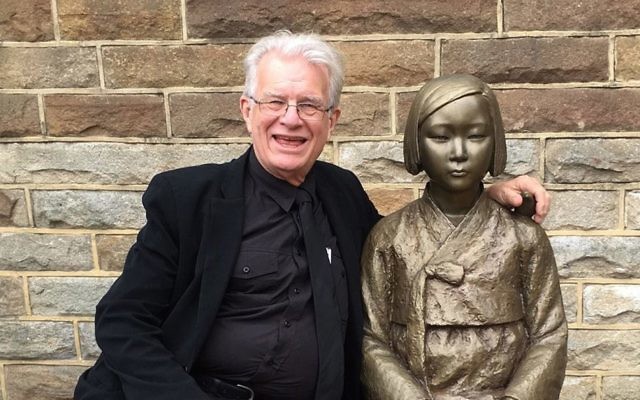 THERE is no danger Holocaust commemorations could be impeded by Section 18C of the Racial Discrimination Act (RDA), say Jewish groups, after a Japanese community organisation launched a complaint against a memorial to World War II Korean sex slaves.

Some 200,000 Korean women were forced into sexual slavery by the Japanese military during the war. The memorial, unveiled earlier this year at a Uniting Church in Sydney, commemorates these atrocities.

However, the Australia-Japan Community Network (AJCN) claims the statue of a Korean sex slave triggers hatred of their community.

Launching a complaint with the Human Rights Commission, the AJCN stated the memorial “offended, insulted, humiliated and intimidated the applicants because of their race, national and ethnic origin”.

But Reverend Bill Crews of the Ashfield church said he would resist the monument’s removal “with every fibre of my being”.

However, Jewish groups concurred the complaint was unlikely to succeed because it lacked merit.

Executive Council of Australian Jewry executive director Peter Wertheim said the complaint “does not meet the criteria in Section 18C or the seriousness threshold. Any complaint about a memorial to the victims of the Holocaust under 18C would also be doomed to fail for the same reason.”

Wertheim said Reverend Crews “is to be commended for his courageous stand in continuing to display the comfort women memorial … He is absolutely correct to say that the memorial is not in any way -‘anti-Japanese’. It is, on the contrary, ‘pro-humanity’, a reminder that even in war there are legally binding rules of conduct.”

Australia/Israel & Jewish Affairs Council executive director Colin Rubenstein said: “Complaints of this nature do not appear to fall within the remit of 18C, something which the Australian Human Rights Commission on assessment may readily and promptly be able to make clear to all.

“If it is unwilling or unable to do so, the guidelines for addressing cases such as these need to be clarified, in addition to enhancing the commission’s ability to dismiss cases without merit or prospects of success, as we have recommended in our submission to the recent federal government inquiry into freedom of speech.”

Another community source said the claim has little chance of succeeding due to Section 18D, which protects artistic expressions “said or done reasonably and in good faith”, while local German community groups have a record of supporting Shoah commemorations.