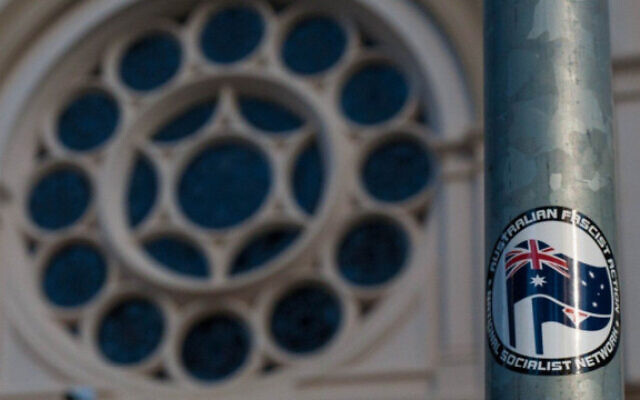 POLICE have been alerted after a neo-Nazi group targeted Brisbane Synagogue, with a sticker proclaiming “Australian Fascist Action. National Socialist Network” stuck on a pole outside the shule.

Bragging on a far-right website, the National Socialist Network posted that they were “letting the chosen know that the White man knows what they’ve been up to”.

The incident was condemned by chairman of the Anti-Defamation Commission Dvir Abramovich and vice-president of the Queensland Jewish Board of Deputies Jason Steinberg.

“These individuals, home-grown extremists and domestic terrorists-in-waiting are a ticking bomb and no one can feel safe while they are walking the streets of Brisbane,” the pair said in a joint statement.

“This is a timely wake-up call that we as a society need to keep a close watch on the resurgence of this emboldened and hateful movement.

“This abhorrent white supremacist group should be shut down and it is time for Queensland’s civic leaders to stand up to, and speak out against, antisemitism.”

They added, “Racists in our society should be left in no doubt that their behaviour and views are unacceptable in Queensland or anywhere.”