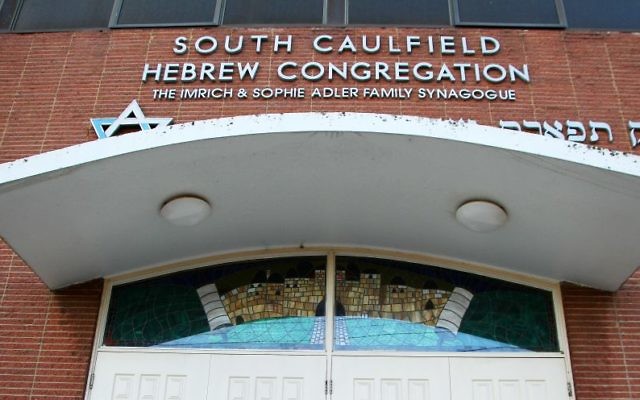 A CONTROVERSIAL “siruv” prohibiting the hiring of a rabbi or service leader has been lifted from South Caulfield Hebrew Congregation after the synagogue resolved a dispute it had with Rabbi Yaacov Barber, its long-time former rabbi.

The ban was imposed in November last year after Rabbi Barber, who led the congregation for 27 years, referred a dispute he had with the shul board to the Sydney Beth Din (SBD).

Rabbi Barber claimed his position had effectively been terminated when the board sought to “drastically” reduce his duties and salary.

The board claimed Rabbi Barber walked out on the congregation in protest, insisting it had treated him “fairly, with compassion and respect”.

When the synagogue did not meet a deadline set by the SBD for it to accept an agreement that the SBD presented, the Jewish religious court imposed the ban, stating: “No rabbi, minister or clergyman is permitted to perform any service for the synagogue,” the only exception being teaching in the synagogue’s school.

South Caulfield condemned the siruv, formulated by Rabbis Moshe Gutnick, Yehoram Ulman and Michoel Chriqui who sit on the SBD, declaring it “does not regard the orders as valid or binding”.

However, the SBD has now confirmed it has lifted the siruv and a spokesperson for the shul told The AJN the decision followed a resolution of differences with Rabbi Barber, who has formally left his post at the congregation.

The AJN understands South Caulfield will soon be advertising for a new rabbi, with particular skills in Jewish education, events management, communal  organisation and fundraising activities.

“We have a new vibrant young board and would like to develop into a Modern Orthodox hub for young people,” the spokesperson said.

A letter from the shul to congregants seen by The AJN stated that “the SBD has now confirmed in writing that the siruv it placed on the shul late last year has been lifted with all sanctions imposed previously being withdrawn”.

The dropping of sanctions followed “a confidential but satisfactory settlement with Rabbi Barber”, the letter stated. “We wish Rabbi Barber and his family all the best for the future.”

Rabbi Barber had not responded to an AJN request for comment by the time of going to press.