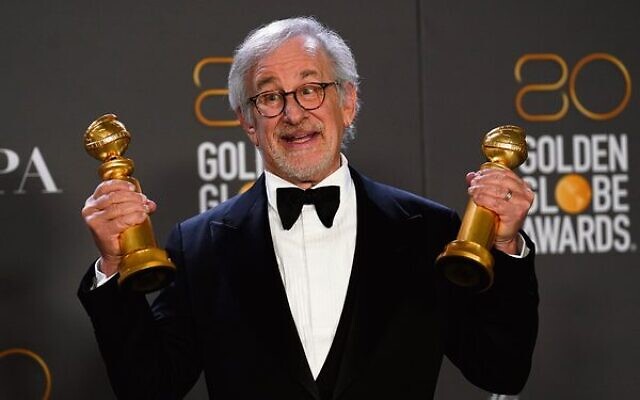 Legendary Jewish film director Steven Spielberg said he was the sixth-happiest person in the world after he won best director at this year’s Golden Globes awards for The Fabelmans, his semi-autobiographical film about his Jewish family.

“I think … there’s five people happier than I am,” he said in his acceptance speech, which he said he had not prepared in advance out of superstition. “There’s my sister Anne, my sister Sue, my sister Nancy, my dad Arnold and my mum. She is up there kvelling about this right now.”

“Kvell” is the Yiddish word meaning to feel quiet pride in the accomplishment of others – and it’s closely associated with Jewish mothers who are proud of their children. Spielberg’s mother, Leah Adler, was the owner of a popular kosher restaurant in Los Angeles and died in 2017. His father Arnold, who helped him make his first movie, died in 2020 at 103.

The Fabelmans, which also won best picture among dramas, tells the story of a child who falls in love with filmmaking and laces his family’s Jewish identity into the storytelling.