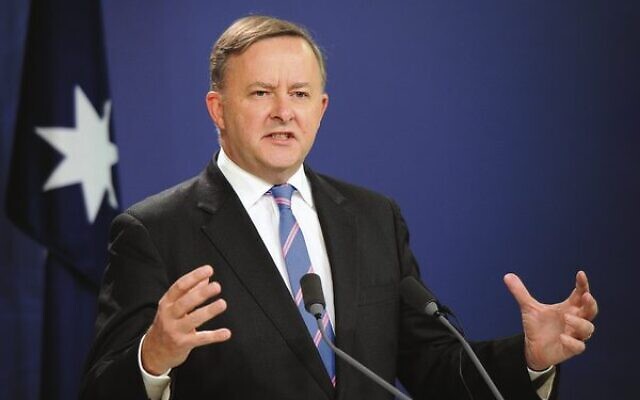 Amid silence from senior Labor figures over the Sydney Festival boycott, a spokesperson has told The AJN that federal leader Anthony Albanese’s views rejecting the BDS movement “have not changed”.

Albanese pledged his “ongoing opposition to BDS” to the Executive Council of Australian Jewry last year, but has not spoken out against the current boycott, which has seen around 30 acts withdraw due to the Israeli embassy providing $20,000 to stage the performance Decadance. Shadow arts minister Tony Burke has also not commented.

The AJN contacted Albanese’s office this week but was told he was too busy to comment.

Macnamara MP Josh Burns is the only federal Labor figure who has publicly commented, telling The AJN this week, “Boycotting an arts festival in Sydney is not going to advance the cause of peace for Israelis or Palestinians.

“Labor has always rejected the BDS movement and our policy has not and will not change.”

Noting, “This is one of the most obvious manifestations of the BDS movement in Australia we’ve seen for several years,” Wentworth MP Dave Sharma said it was troubling there had been no condemnation from senior Labor ranks.

“The Jewish community should rightly be viewing this studied silence as a cause for concern,” he said. “If you are not prepared to speak up when the stakes are real, then your opposition to BDS is not worth much.”

State Labor frontbencher Walt Secord has been vocal in his condemnation, even calling for US-style laws to deprive organisations that boycott Israel of public funding.

But within his own party, the NSW Young Labor Left issued a Facebook statement last week applauding the boycotters.

“We support the boycott, divestment and sanctions (BDS) movement that seeks to hold Israel to account for its persistent violations of human rights and international law,” they said.

The Maritime Union of Australia has also endorsed the boycott, its Sydney Branch Secretary Paul Keating saying in a statement, “Solidarity with the Palestinian struggle has long been close to the hearts of many, many maritime workers.”

Meanwhile, a spokesperson for Independent Wentworth candidate Allegra Spender has told The AJN that climate activist Blair Palese, who re-tweeted a post from boycott organiser Fahad Ali praising the artists who had pulled out, “does not and has never” worked on her campaign.

Palese was part of the Wentworth Independents movement before Spender was announced as the candidate and attended her campaign launch as a supporter.

Spender herself condemned the boycott in this paper last week.