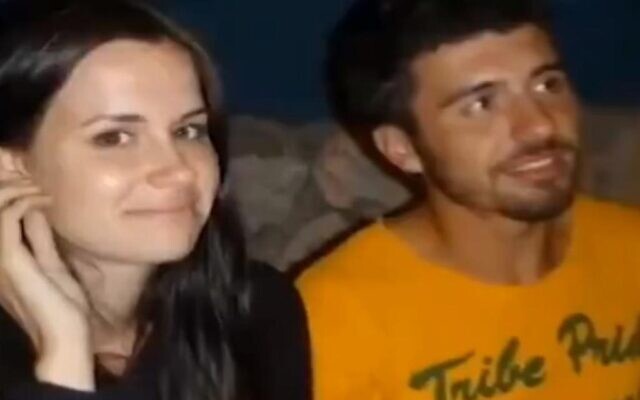 AMID reports this week that Iran used freed Australian academic Kylie Moore-Gilbert in an attempt to lure her Israeli husband to a Tehran prison, an Israeli intelligence expert has told The AJN that the claim the pair are spies is a “fairytale”.

The source, who spoke on the condition of anonymity, argued that “the entire story is ridiculous”, dismissing Iranian allegations Moore-Gilbert and her estranged husband Ruslan Hodorov, a Russian-Israeli living in Victoria, were agents of the Jewish State.

Last November, Moore-Gilbert, who had converted to Judaism, was released from Tehran’s notorious Evin prison, having spent more than 800 days behind bars after being sentenced to 10 years for spying, charges she vehemently denied.

Posted by The Australian Jewish News on Tuesday, December 1, 2020

Iranian authorities detained Moore-Gilbert in 2018 after discovering she was in a relationship with an Israeli citizen.

“She went to Iran on an Australian passport with devices with links to Israel, to her husband who is a former Israeli. Do you think spies work like that?” the source told The AJN. “It’s a fairytale. That’s not the way intelligence services operate.”

He added, “She made a wrong decision, a very bad decision … She was lured and she was very naive.”

Meanwhile, in a letter from Moore-Gilbert to Prime Minister Scott Morrison in 2019, she accused Iran’s Revolutionary Guard of attempting to “use me as a hostage in a diabolic plot to lure my husband, an Australian permanent resident (and soon to be new citizen) into joining me in an Iranian prison”.

Moore-Gilbert recently filed for divorce after learning her husband was having an affair with one of her University of Melbourne colleagues.