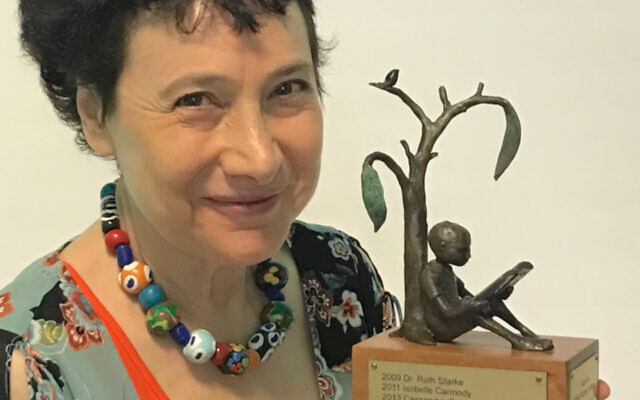 Anna Ciddor takes her inspiration from a setting. She reads about a certain event or era and the cogs begin to turn. Gradually, characters and a plot emerge from the images that spring to mind. She says it’s the nitty gritty details of the past that fascinates her.

“When I was about 10 years old, I read a book about ancient Romans and I was captivated by the idea of people who lazed around on couches eating peacocks with their fingers and spitting out the bones on the floor,” said Ciddor.

While she wrote the story, it was never finished, because Ciddor realised she didn’t know enough about Roman history.

But, she says, the little Roman boy running through the streets haunted her, no matter what activity she moved onto.

“Fifty years, and nearly 60 books later, I decided to have another go at the story,” Ciddor explained. “I spent about 18 months researching and planning what I thought would be a straight historical novel set in Roman Gaul around 300CE.

“However, when I read the first chapter to a Bialik College Grade 5 class – this was before COVID – one of the boys said it reminded him of a time-slip story he’d read.

“By the time I got home, I had decided to scrap the whole story I had been working on.”

Instead, Ciddor wrote a time-slip story, and she credits that student for helping her experience one of her most exciting writing ventures, The Boy Who Stepped Through Time – a story about a modern Australian boy transported to the Roman Empire who, while trying to figure out how to get home, had to blend in as a slave.

The book recently won the 2021 Nance Donkin Literary Award, a biennial award for a woman author in Australia who writes for children.

“I have found it incredibly liberating to be able to describe the past with modern eyes, to be able to comment, criticise and compare using a modern child’s eyes and voice,” said Ciddor. “There is a scene in the story where three children – the modern boy, Perry, the master’s daughter, Valentia, and a slave boy, Carotus, are all arguing about slavery. It was fabulous to be able to include a modern viewpoint in this discussion.”

Ciddor grew up without a television. The eldest of three sisters, she said this encouraged their imaginations, writing stories and drawing characters on cards to play with. She relished the opportunity to grow up with her sisters as the best playmates. The trio are still exceptionally close with Ciddor’s sisters even helping her throughout her career, and never more so than with The Boy Who Stepped Through Time. 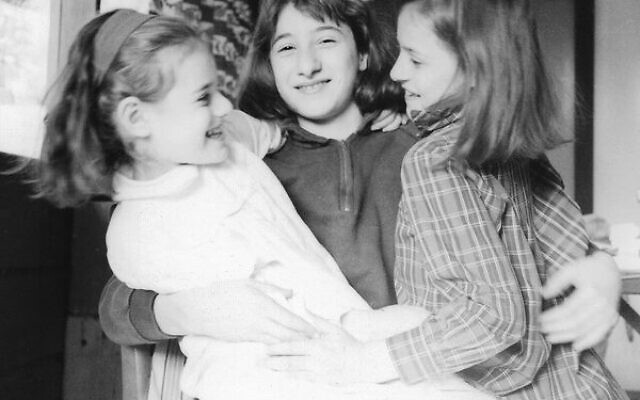 Anna Ciddor (centre) growing up with her sisters Tamara (left) and Miriam.

Ciddor’s youngest sister Tamara Lewit helped with the research, drawing on her work as an historian and archaeologist specialising in ancient Rome, and middle sister Miriam Hoffman helped with the translations, relying on her language skills as a French teacher.

“It was just like going back to our childhood and all having fun creating something together. As the eldest, I was always the boss when we were kids, directing how a production would go and making up the script for our performance. It turned out that creating a book as adults was just the same,” Ciddor explained. “While I did the actual writing of the novel, my two sisters were my amazing behind-the-scenes helpers.”

The book received rave reviews, despite being released in June during “the longest lockdown in the world”.

Ciddor spent weeks booking live appearances, organising materials and displays, costumes and activities, only for Melbourne’s fourth lockdown to be announced on the eve of launch.

“I remember sitting dismally alone in my study on the night before the book came out, thinking it would be a complete fizzer, that it would just get lost, that no one would know about it,” she recalled.

But she couldn’t have been more wrong, with rave reviews being shared the following morning. 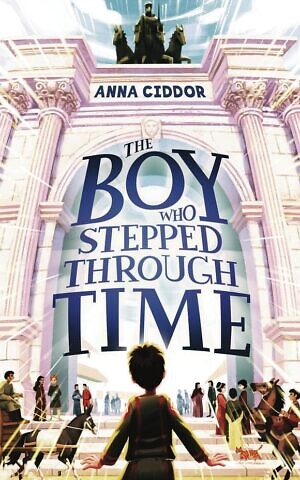 Ciddor said she has been living a writer’s dream ever since, with the book hitting bestseller lists from the week it launched. And while Ciddor missed the personal contact of meeting readers face-to-face, she says there is an upside to the remote promotional trail.

“I am now adept at playing virtual Roman games with my audiences, and sharing my screen to show them my writing and illustrating processes,” she said.

“I had a wonderful time visiting schools virtually for Jewish Book Week Schools Festival. I can pop into classrooms all over Australia without leaving home. And I got to have a Zoom launch attended by relatives and friends from around the world.”

At the end of the day, Ciddor wants to share her love of the past with her readers.

“I wanted them to feel as if they had travelled back in time with the boy in the story,” she said. And from all the overwhelmingly positive feedback, it seems as if she has succeeded.

The Boy Who Stepped Through Time is published by Allen & Unwin, $16.99 (rrp). For more information, visit annaciddor.com