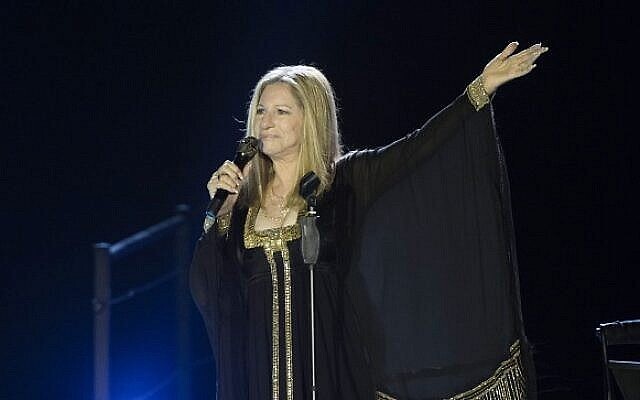 AFTER being awarded two Oscars, five Emmys, 10 Grammys and 11 Golden Globes over a 60-year career, Barbra Streisand can say what she damn well likes.

But it still came as a surprise to Sunday Project viewers earlier this month when the Jewish singer and actor took aim at arguably two of the biggest starlets of the modern era, Beyonce and Lady Gaga.

Asked by host Lisa Wilkinson if watching the former Destiny’s Child diva perform “The Way We Were” at the 2008 Kennedy Centre honours ceremony was “as powerful as it looked”, Streisand dropped an honesty bomb.

“Well, she first sang it once and I didn’t think that it was good enough actually for her. I know she did it over and she did it beautifully the second time,” she answered.

“I think she knew it. I think she was the one who actually asked for it, to do it over.”

Streisand was then asked about the various remakes of A Star is Born, a version of which she starred in 1976.

Noting that she had made changes from the 1954 Judy Garland iteration, she said, “At first when I heard it was going to be done again [in 2018, ultimately starring Lady Gaga], it was supposed to be Will Smith and Beyonce, and I thought that’s interesting, you know, really make it different again.

When Wilkinson suggested, “That’s probably a compliment to you,” Streisand replied, “I don’t know.

“But I thought it was the wrong idea. Look, it was a big success … but I don’t care so much about success as I do originality.”

Streisand has just released a new album, Release Me 2.