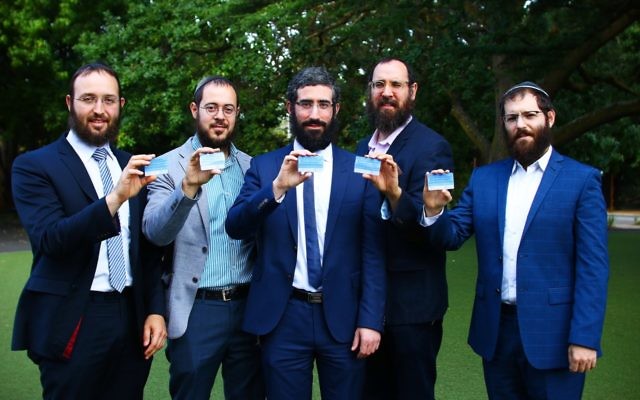 A HANDFUL of young Melbourne rabbis have joined a scheme which allows them to be registered as organ donors in accordance with halachah.

It is no secret that organ donation has historically been a contentious issue in Judaism.

While saving a life is considered to be a great mitzvah, you may not save a life by taking a life – therefore the donor must be halachically dead before any donation takes place. Questions arise when the definition of halachic death differs between rabbinic authorities.

Rabbi Moshe Gutnick of the Sydney Beth Din has worked with HODS in the creation of an Australian HODS card, with the Sydney Beth Din deeming brain death, rather than cardio-respiratory failure, as halachic death. This allows for a much higher success rate of organ transfer in the event of a transplant.

The Australian HODS card is the same as a regular HODS card, which sees the provision of rabbinic consultation in cases of organ transplantation. However, the Australian card hands over authority of determining the halachic point of death to a representative of the Sydney Beth Din, instead of an equivalent American body.

Rabbi Yaakov Glasman of St Kilda Hebrew Congregation signed up last year, and recently decided to reach out to a number of his colleagues to do the same.

“It is absolutely crucial to dispel the myth that donating organs is somehow contrary to halachah,” he told The AJN.

“The truth is quite the contrary – saving lives by donating organs is the greatest mitzvah possible, so long as the donor is halachically deceased at the time that his or her organs are extracted.”

Rabbi Rabin echoed Rabbi Glasman’s sentiments that there exists a misconception which suggests Judaism is opposed to organ ­donation.

“It is my hope that by signing up to the HODS card, along with some of my colleagues, that we can educate the community that there are halachically approved circumstances and mechanisms in which Jews can sign up to be lifesaving organ donors.

“Perhaps from this awareness, one day in the future, a life will be saved from a donor who before this may never have known that in death they could perform one of Judaism’s greatest mitzvot.”