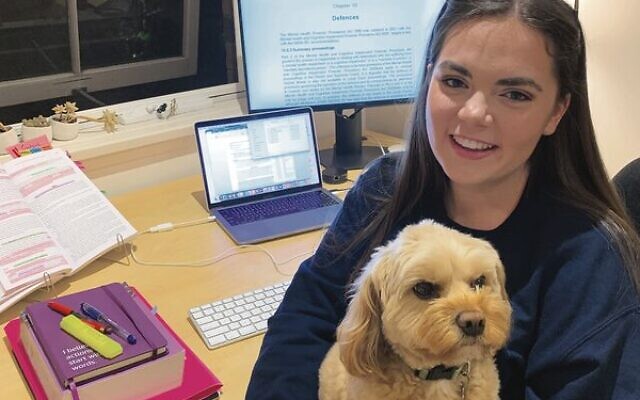 IF your artisanal bakery sold a special butterfly-shaped cake, made after a chef’s personal inspiration – and then you saw a cheap version of it on the shelves of the local supermarket – would the law help you?

That is the question in this year’s Oxford University International Intellectual Property Law Moot, the annual competition which takes elite law students – hailing from over 70 universities across the world – and pits them against each other to argue a hypothetical case.

UNSW law student Ilana Slobedman, 19, a Masada College graduate, has been chosen to take part in the prestigious event.

“I was very excited … by the whole process,” Slobedman told The AJN before her flight.

“And honoured to represent UNSW,” she added.

Slobedman and her team won a place in the comp after making it through the initial written phase. Now, after her Wednesday night welcome, she will engage in face-to-face arguments over a three-day series of knockout rounds.

A feature of the Oxford moot is that participants have to argue both sides of the issue. Adding to the pressure, Slobedman has been chosen as senior counsel among her teammates for each situation – so she will be leading their cases for and against.

“Having to argue both sides is the hardest,” said Slobedman, for whom it was a “lifelong dream” to pursue law.

“This will make me sound very nerdy, but my Barbie dolls had court cases.

“During my time at Masada, I was able to do legal studies and kind of develop that interest,” she added, citing the late Ruth Bader Ginsburg as an inspirational figure.

Ultimately, Slobedman put her interest in the law down to “being able to help people … and see justice from a new perspective”.