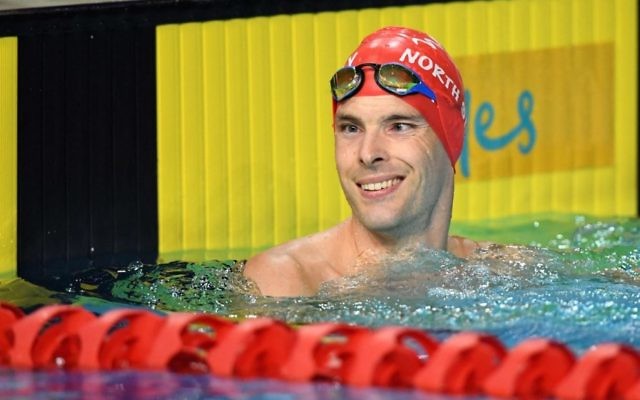 Levy, who has cerebral palsy and vision impairment, won gold in the men’s multi-class 200m individual medley, touching the wall in 2:35.78 to earn 972 multi-class points, 11 points in front of runner-up Ricky Betar.

He also won a silver medal in the men’s multi-class 50m butterfly, won by Nicholas Layton, and topped off the memorable meet by being named the Paralympic Swimmer of the Year at the 2018 Swimming Australia Awards.

“I don’t do this sport for the awards, but they are nice when they come your way,” Levy said. “What a great year – thanks for the support.”

The best result of Negri’s three individual events was coming 14th in the men’s 50m freestyle in 22.55 seconds, an event that included swimming superstars including Cameron McEvoy. 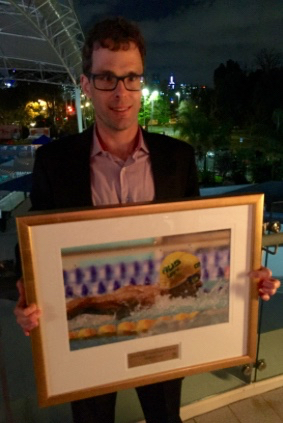 Matthew Levy at the awards ceremony.